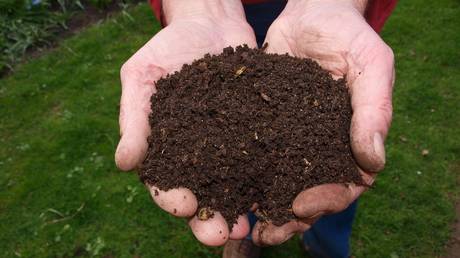 Washington is poised to become the first US state to legalize the “natural organic reduction” of corpses, a.k.a. human composting, meaning an eco-friendly lifestyle need no longer stop at death.

Governor Jay Inslee, a Democrat, is expected to sign a bill within the week to legalize “organic reduction” and “liquid cremation” (a dissolving process technically called alkaline hydrolysis) as alternatives to run-of-the-mill burial and cremation. Inslee is campaigning for the 2020 Democratic presidential nomination on an environmentalist platform, after all, and what’s more environmentally friendly than using one’s own remains to fertilize the earth? If it passes, the bill will take effect next month.


“Liquid cremation” is legal in eight other states, though it has met with some religious opposition from Catholic clergy, who believe it doesn’t show proper respect for the dead, since they are essentially poured down the drain. On the bright side, the process produces just a quarter of the carbon emissions of regular cremation – which was also opposed by the Catholic Church until the 1960s.

“Organic reduction,” however, is a new idea, born of seven years of research by designer Katrina Spade and a team of scientists she hired to prove the idea of turning humans into fertilizer was both safe and feasible. After showing that decomposing human bodies in soil met or exceeded legal standards for hazardous byproducts – metals, pathogens, and other contaminants that might harm the living – the aspiring corpse-mulcher was able to get her dream taken seriously by “death-care experts” and ultimately lawmakers. The Washington Senate and House passed the bill with strong bipartisan support earlier this year.


Now Spade stands to cash in big-time from early adopters seeking an eco-friendly way to get rid of Grandma as the founder and CEO of Recompose, the first “natural organic reduction funeral home” in the country. She plans to charge about $5,500 for the procedure – steep, certainly, but less than the $7,000 the average burial costs – and hopes to have her parlor up and running within two years.

And how exactly does one compost a human? The corpse is placed in a container with straw, wood chips, and alfalfa, and thermophilic bacteria are added, with air periodically pumped in to keep things moving. In about a month, the body is reduced to a cubic yard of compost, which the family can take home as they would the ashes from a cremation. Happy gardening!