Say goodbye to the Pacific Command and hello to the US Indo-Pacific Command: the Pentagon has renamed the US military’s largest geographical component to reflect growing overtures from Washington to India.

“Relationships with our Pacific and Indian Ocean allies and partners have proven critical to maintaining regional stability,” US Defense Secretary James Mattis said on Wednesday. “In recognition of the increasing connectivity between the Indian and Pacific Oceans, today we rename the US Pacific Command to US Indo-Pacific Command.”

Mattis made the announcement at the change of command ceremony in Hawaii, where Admiral Philip Davidson took over the duties from Admiral Harry Harris, nominated to be the next US ambassador to South Korea.

The US has been pushing for stronger military relations with India since 2016, however, when the two countries signed an agreement governing the use of military bases for repair and resupply. The deal was part of the Obama administration’s “pivot to Asia” strategy aimed at countering China’s growing military strength. India regards China as a regional rival, and the two countries have clashed in the past over border disputes in the Himalayas. 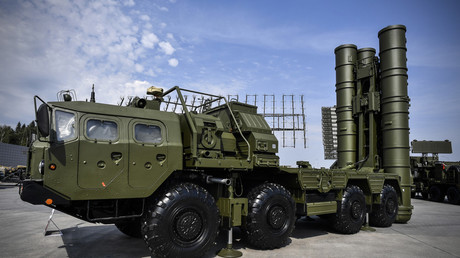 The Trump administration has sought to replace Russia as India’s top supplier of military equipment. While Washington has sold $15 billion worth of weapons and equipment to India over the past decade, New Delhi has preferred to buy big-ticket items from Moscow, from jet fighters and submarines to the aircraft carrier INS Vikramaditya.

Washington has also tried to stop India from buying S-400 air defense systems from Russia. The purchase would “complicate interoperability” with US forces and “limit… the degree with which the United States will feel comfortable in bringing additional technology” into India, House Armed Services Committee chairman Mac Thornberry (R-Texas) told Indian media on Wednesday.

If India goes ahead with the purchase of the S-400, this could jeopardize the deal to acquire US-made Predator drones, Thornberry said. The US has banned sales of military equipment to countries that buy weapons from Russia, as part of a sanctions effort to “isolate” Moscow.

Meanwhile, New Delhi has also been negotiating with Tehran to bypass US-linked banks and not use dollars in oil transactions, thus avoiding the US sanctions imposed on Iran in the wake of the Trump administration’s decision to exit the 2015 JCPOA nuclear deal.