The lawsuit filed by the Southern Center for Human Rights and Alabama Appleseed Center for Law and Justice challenges “the refusal of 49 Alabama sheriffs to produce public records showing whether, and if so by how much, they have personally profited from funds allocated for feeding people in their jails.”

Many sheriffs claim a 1939 state law authorizes them to personally “keep and retain” taxpayer dollars as income which was not spent on jailhouse food programs, according to the civil rights groups. They accuse the sheriffs of exploiting the system for personal gain.

“This archaic system is based on a dubious interpretation of state law that has been rejected by two different attorneys general of Alabama, who conclude that the law merely allows sheriffs to manage the money and use it for official purpose not to line their own pockets,” said Aaron Littman, a staff attorney at the Southern Center for Human Rights.

“It also raises grave ethical concerns, invites public corruption, and creates a perverse incentive to spend as little as possible on feeding people who are in jail.”

The lawsuit filed on Friday was pursued after people complained they were being provided inadequate or unhealthy meals in jail, or food that was spoiled or contaminated.

In July 2017, the Southern Center for Human Rights and the Alabama Appleseed Center for Law and Justice sent a public records request to 67 sheriffs seeking information on the amounts received for feeding prisoners and how much was retained by sheriffs. No records were forthcoming. A second request was sent in September and met a similar response. 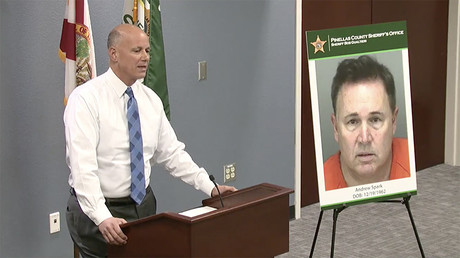 The civil rights groups are unclear how much money is at stake because most of the sheriffs don’t report the amounts as income on state financial disclosure forms, but it could be significant. One of the sheriffs who did make a report took more than $250,000 in “compensation” from “food provisions” in both 2015 and 2016.

Alabama Appleseed executive director Frank Knaack said the public has a right to know whether sheriffs “are meeting the basic human needs of incarcerated people in their care, or are instead filing their personal coffers.”

Abuse of jail food funds has come up before.

In 2009, the former Morgan County sheriff, Greg Bartlett, nicknamed “Sheriff Corndog”, was held in contempt and jailed by a federal judge after he purchased half of an 18-wheeler load of corn dogs for $500 and fed them to inmates at every meal. During the preceding year, he had skimmed almost $100,000 from his office’s food money account.

In 2017, Morgan County Sheriff Ana Franklin was fined $1,000 for contempt of court for removing $160,000 from the food account before the court order was lifted. Sheriff Franklin thought the order only applied to Bartlett, and had invested $150,000 of the money in a used car dealership, run by her boyfriend, that went bankrupt.