This year marks a century since some women got the vote; a century since the end of the first world war; 50 years since the 1968 revolts; 70 since the founding of Israel and the NHS. All have been well marked. So it is striking that the centenary of one of the most devastating events in human history has been allowed to pass thus far with almost no public reflection of any kind.

This year is the 100th anniversary of the Spanish flu pandemic of 1918. Estimates about its impact vary. But when you read that a third of the entire global population probably caught the Spanish flu and that it killed between 50 and 100 million people in all corners of the globe – up to 5% of all human beings on the planet at the time – you get an inkling of its scale.

By the time the pandemic finally ended, it had killed around 25 times more people than any other flu outbreak in history. It killed possibly more people than the first and second world wars put together. As Laura Spinney puts it in her new book, Pale Rider – the best modern account of the Spanish flu crisis – “the flu resculpted human populations more radically than anything since the Black Death”. Think about that. Not the western front, not Hitler’s invasion of Russia, not Hiroshima. But the flu. 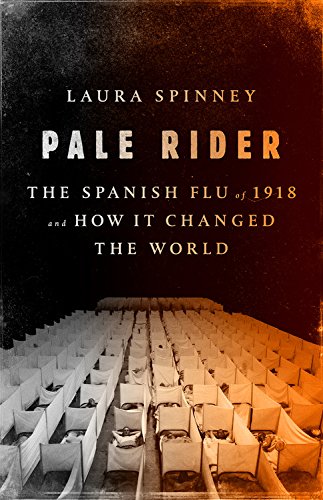 In the face of such figures, it seems unbelievable that we forget or look away. Yet we do. Perhaps that is because, unlike equality for women, a disease has no ultimate prize to win and celebrate. Perhaps it is because, while wars have victors, pandemics leave only the vanquished, as Spinney puts it. Perhaps too, as the critic Walter Benjamin once argued, silences about public…