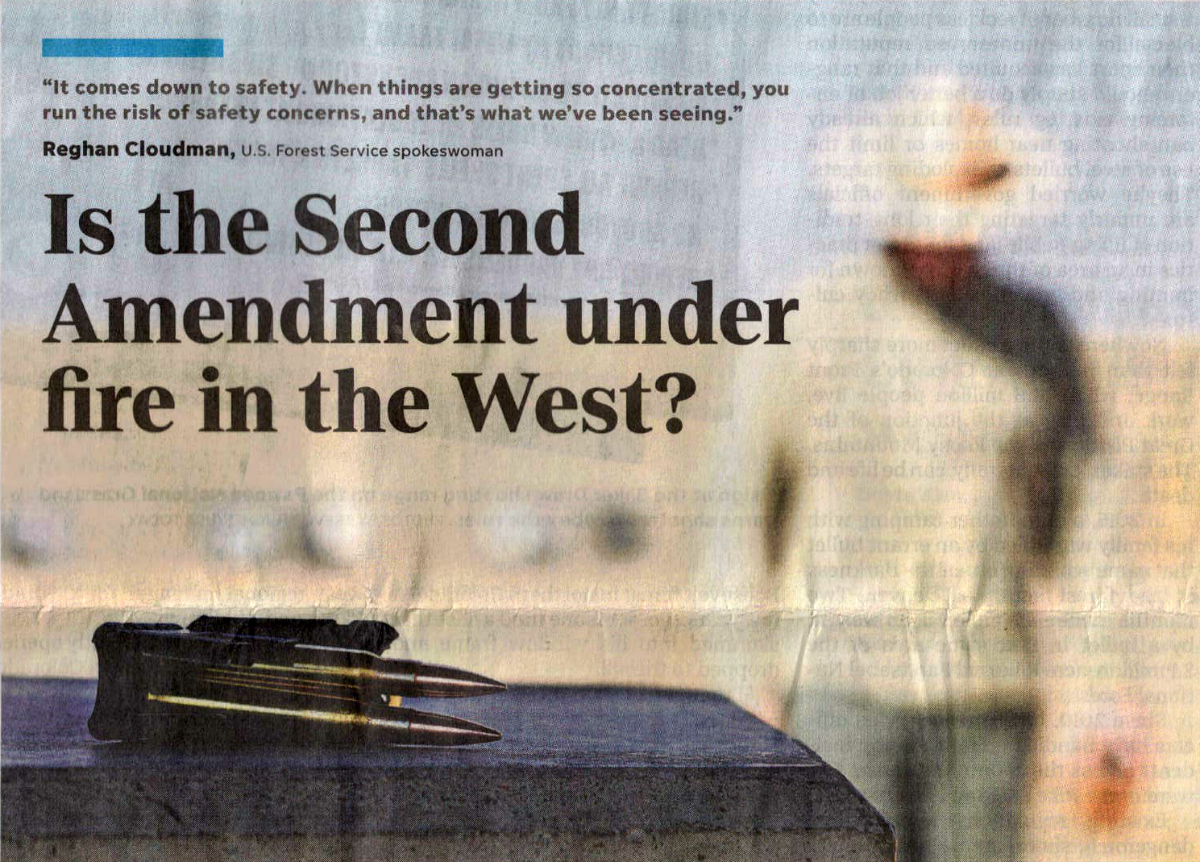 The story under this USA Today headline (10/25/18) never mentions the Second Amendment—because it’s not relevant to the topic at hand.

Is the Second Amendment Under Fire in the West?

Online, the story’s headline (10/24/18) asks a similarly alarmist headline—”Gun Rights Under Siege?”—before going on to explain the actual subject of the story, which is far less sexy: “Recreational Shooting on Public Lands in West Has Officials Struggling to Balance Sport vs. Safety.”

Yes, the story that USA Today’s editors spun as a Second Amendment struggle actually has nothing to do with the right to bear arms—whether that means participation in a militia, the Supreme Court’s traditional interpretation, or a private right to own firearms, as a 2008 ruling written by Antonin Scalia reinterpreted it. In fact, the words “Second Amendment” don’t ever appear in the body of the piece, because the Bill of Rights isn’t relevant to the topic at hand—forest rangers trying to stop gun sports enthusiasts from starting fires and accidentally killing people:

All across the West, federal and state land managers are struggling to balance the demands of recreational shooters with the fear that their bullets are starting fires, frightening other land users and accidentally killing others.

Nothing in the language of the Second Amendment suggests that people have an unlimited right to shoot off guns wherever they want to, which is presumably why reporter Trevor Hughes doesn’t bring it up the Constitution in the context of park officials trying to balance public safety and gun recreation. But the editors who wrote the headlines, perhaps thinking that safety concerns over an outdoor sport won’t sell many newspapers or drive many clicks, shoehorned the story into the culture-war hot button of “gun rights.”

The problem is that the people most likely to get excited about such headlines tend to take phrases like “under fire” and “under siege” very literally.

Please share your messages to USA Today in comments. Remember that respectful communication is the most effective.