Janine Jackson interviewed Dermont Murphy on Local News Cuts for the August 3, 2018 episode of CounterSpin. This is a lightly edited transcript.

Janine Jackson: An important article in the American Journalism Review, headlined Missing the Story at the Statehouse, posed a troubling question: “State governments are doing more than ever. So why are newspapers paying less attention?” The piece ends with a Georgia reporter recalling an epiphany she had entering the state’s House of Representatives. “I walked around the velvet rope and it dawned on me,” said Lawrence Viele. “This is the cutoff point. We are it between the lobbyists clogging the hallways and the public policy makers. Especially as money continues to more and more affect the process, it’s even more important that we are here.” That article dates from 1998.

As local newspapers continue to suffer not just cutbacks but closures, you’d think the question still more urgent, but what about claims that local papers have lost their relevance anyway, making their disappearance a merely sentimental loss? Research by our next guest may be read as at least partial response to that. Dermot Murphy is assistant professor of finance at the University of Illinois at Chicago, and co-author with Pengjie Gao and Chang Lee of the report Financing Dies in Darkness? The Impact of Newspaper Closures on Public Finance. He joins us now by phone from Chicago. Welcome to CounterSpin, Dermot Murphy.

Dermot Murphy: Hi, thanks for having me on the program.

JJ: Well this is, if I may say, a dry-eyed research paper that looks at quantifiable things and measurable effects. But it’s nevertheless meaningful with regard to very human concerns, impacts on real people, on representational government and on community. Let me just ask you first, what was your guiding question as you designed the project? What, in broad terms, were you hoping to shine a light on?

DM: Well broadly speaking, we thought that if a newspaper closes in a local area, then it’s going to have a major effect on the important watchdog role that’s played by the media for monitoring local governments. And we suspected if local governments are no longer being monitored, then they’re more likely to engage in bad behavior, and when they’re more likely to engage in bad behavior, then lenders become a little bit more nervous about lending to such a government and they had to demand higher interest rates to compensate for that risk. And we do indeed find that in the data, that interest rates are higher after a newspaper closes because of these increased government inefficiencies, and that ultimately costs the taxpayer money in the long run.

JJ: Well it’s very interesting, the paper opens by citing some other research showing how declines in local coverage are associated with that lack of accountability. And it also has a particular electoral impact, doesn’t it, as well?

DM: It indeed does. We looked at the political economy literature and we did see that there were a variety of negative political outcomes that resulted from the closure of a local newspaper, such as lower voter turnouts, more apathetic politicians and so on. But we, as finance professors, decided to look at this from a finance angle, and we do indeed see through quantifiable evidence that a newspaper closure does indeed lead to higher costs for local governments, so it’s harder to raise money to finance public works projects, such as schools, hospitals and roadways.

JJ: Well we always hear “correlation is not causality,” you know, ice cream sales don’t drive the temperature up. What if both these newspaper closures and these increased costs are both due to some third force, have you considered that?

DM: Yes that’s an excellent question, and this is a major challenge in finance and economics research in general. So we have a multi-pronged approach for addressing this “correlation vs causation” issue, because it could indeed be the case that an economically depressed area will lead to both higher borrowing costs and the closure of a local newspaper. But in one of our first tests, we actually look at the nearest neighbor. So we identify a county that did experience a newspaper closure, and then we looked at a neighboring county that was matched on population and economic characteristics that has its own newspaper operation, and we do indeed find that borrowing costs go up for the treatment county (as in, the county that experienced the newspaper closure) but not the neighboring county that still has a newspaper. So that’s one of our approaches.

JJ: Well and then another question which we often hear, even just as media critics when we talk about the importance of local newspapers, “But we have the internet, you know. This is an old kind of media that people don’t really engage with anymore.” You also looked at the idea of substitutability that other media could play that role that local newspapers play.

JJ: Well let me just bring you out a little bit more on this financial impact. Why should regular folks care when the borrowing costs of their government go up? What are some of the impacts of that? 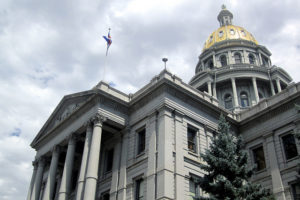 DM: Well if the borrowing costs go up, then governments have more trouble borrowing money to fund important public works projects, such as schools and hospitals. And so we looked and saw for the average municipal loan, this increased the interest rates that you have to pay altogether by about $650,000 per loan. So this is a lower bound estimate of course, because municipalities need to take out many loans over time. And it’s also the case that if the newspaper coverage problem continues to worsen, then we can see the borrowing costs going up even further. And so to add to this a little bit more, we also look at the taxes being charged per person after a newspaper closure,  due to government inefficiencies. And we do find that the taxes per person increase by about $85 per person per year after a newspaper closure. So this is pretty substantial from a taxpayer point-of-view, and it highlights the importance of local investigative reporting.

JJ: Absolutely. And you know of course, as a critic, I sometimes feel that local papers fall short and sometimes they’re caught up with local powers. But their existence itself seems to matter very much, in addition to the quality and hard-hitting investigative reporting that they sometimes do. It seems like just having them there is important. I was talking with Corey Hutchins, a Colorado reporter, about the Denver Post problems and he told a story about how a lawmaker there was asked, you know, “What do you think about these problems at the Post?” And they joked, “Well I guess we’ll be able to get away with whatever we want to now,” you know. And that seems to be at the heart of the work that you’re doing here, even though it’s about numbers and financial information, it still comes back to that accountability.

DM: Yes that’s indeed the case. And I’ve actually heard that quote before from a different reporter. And I thought to myself, “Well OK, this is obviously a joke, but there’s a lot of truth behind that joke.” So I think it’s the sort of thing we should take very seriously.

JJ: Absolutely. Well I’ll just ask you finally, for a piece of research that’s not really widely published, it seems to have made a rather more of a splash than your average financial research paper. What were you hoping the response would be, and do you have other work planned in this vein?

DM: You know, we were expecting a positive response from the journalism community but we didn’t expect this kind of response, so we’re very happy that we’re getting the message out about the importance of newspapers and local journalism for keeping costs down. So it’s really good to get that message out there, especially in this day and age when things have become a little more politically divided, because I think our argument should even appeal to fiscal conservatives, because we say that, “You know, a local newspaper does help to keep government costs down.”

JJ: We’ve been speaking with Dermot Murphy, assistant professor of finance at the University of Illinois at Chicago. Dermot Murphy, thank you so much for joining us this week on CounterSpin.

DM: Yes, thanks very much.