Janine Jackson interviewed Art Way about cannabis recriminalization for the January 12, 2018, episode of CounterSpin. This is a lightly edited transcript.

Janine Jackson: Several states and the District of Columbia have now legalized marijuana for recreational use, as long as certain rules are followed, like keeping it away from minors, and keeping revenue away from criminal enterprises. Still more states allow for medical marijuana. But pot is still illegal under federal law, classified a Schedule 1 drug, like heroin.

Many assumed—smelling the wind, if you will—that these tensions would be overridden as more states legalize, and as public approval, already around 60 percent, increases, probably resulting in national legalization. A profitable industry is growing with just that expectation, particularly as states that have legalized aren’t reporting negative impacts in public health or crime. 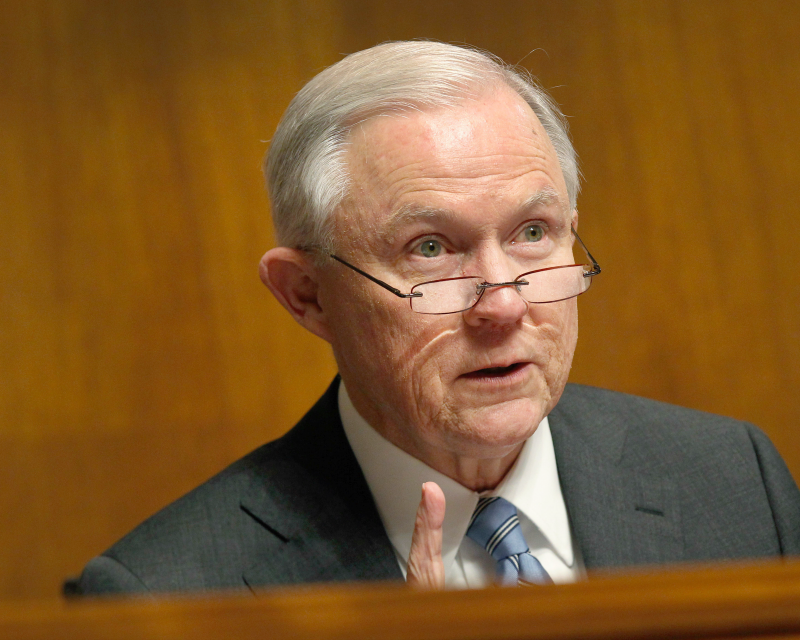 But Attorney General Jeff Sessions’ stance is reflected in his declaration, “Good people don’t smoke marijuana.” His recent move, rescinding Obama-era guidance that had federal prosecutors take a laissez-faire approach to states, should probably be understood in that light.

What are the possible impacts of Sessions’ animus, and what—or who—is missing from the current conversation about marijuana and its legal status? Art Way is a senior director for national criminal justice reform strategy at the Drug Policy Alliance, and state director for DPA’s Colorado office. He joins us by phone from his office in Denver. Welcome to CounterSpin, Art Way.

JJ: The so-called “Cole Memo” from previous Deputy Attorney General James Cole said, as I understand it, that if states with legalized marijuana followed some rules, the Feds wouldn’t crack down on them. Sessions’ rescinding that, along with other related guidance, doesn’t order federal prosecutors to do anything, but it sort of sounds like it greenlights it if they want to do it. Some facilities and states are saying, “Bring it on,” but others seem worried. It sounds like it’s mainly causing confusion. Do you see potential fallout on the ground from this, in Colorado or elsewhere?

AW: No, I think there is concern here that the goal was to chill investment into the industry and sort of slow things down. Obama-era guidance basically said, you know, this isn’t going to be our highest priority. I think it’s important to note that it did not prevent federal action, but it essentially said, this won’t be our highest priority, and if you do these certain things, we’re going to back off and let this take place. It allowed for private industry to invest in the new marijuana industry. It allowed for states to relax and start to regulate the new industry. And now with Sessions rescinding that guidance, we don’t think it’s really going to impact the industry as it stands right now, but it may slow down certain investment, and maybe slow the states down from doing things that they would have done if he would have kept the Obama guidance in place.

JJ: There’s a big picture sense that you get, from media anyway, that there’s kind of a zeitgeist that pot is OK now, and is only going to get more OK, and you wouldn’t really guess from that that there’s anybody still going to jail for using marijuana. But that’s not really true, is it?

AW: No, especially in certain states. Places like Oklahoma and Louisiana, you have people doing serious time for possessing marijuana. In the states that have legalized, they’ve already gone down a decriminalization path. So like here in Colorado, less than 1 percent of our state prison population is there where marijuana is their most serious offense. But that’s not the case in many other states.

But even in places like Colorado that have decriminalized marijuana over the last decade, the collateral consequences of a marijuana-related charge can still impact somebody for life. So what you saw in California recently, where Prop. 64 is, is collateral relief that went along with their marijuana initiative; it went along with their legalization attempt. We didn’t really see that in Colorado and Washington, and we’re trying to kind of pick up the pieces and allow people to expunge their records from things that are now legal under Amendment 64 here in Colorado. So even though people may not be in prison for marijuana all over the country, people are still dealing with the collateral consequences of a marijuana-related charge.

JJ: Yeah, it’s good not to forget that being arrested for possession, even of a small amount, can mean deportation, exclusion from housing or education, losing custody of your kids. And I think the idea of it going from that, primarily impacting people of color around the country, to being this profitable industry—I hear $6 billion nationally—that’s run by white people…. There’s kind of a dystopian image there.

AW: Yeah, we’ve evolved to that point. I think in 2011, when Colorado and Washington were first starting to push the envelope here, that reparative justice element to marijuana legalization was not present. That’s something that’s evolved over the last couple years, and it culminated with what we saw with Prop. 64.

And so here in Colorado, we’re trying to go back, basically, and say: Let’s refine our regulatory framework. Let’s ensure that we increase access to the industry, limit barriers to the industry, make sure felons can be involved, establish micro-licenses so people don’t have to raise a quarter million to $3 billion just to get into the game; they can get into the game at a much smaller level.

But it’s kind of harder to go backwards and do these things, as opposed to doing them upfront. I wish I would have had the wisdom back in 2011 to think along the reparative justice lines. But it’s just one of those things you had to learn as things go. 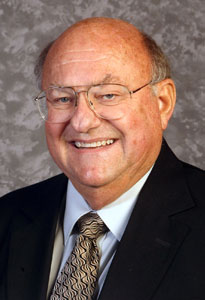 JJ: Yeah, I don’t want to take us backward, but I do want to say, in case folks forget that the war on drugs has always been racist, you have things like Kansas state Rep. Steve Alford, who said—in 2018—that we need to remember why marijuana was outlawed in the past, which was in part because, “African-Americans, they were basically users, and they basically responded the worst off to those drugs just because of their character makeup, their genetics and that.”

JJ: Yeah, that’s recent news, and he seemed to be referring to Harry Anslinger, the first commissioner of the Federal Bureau of Narcotics, who ran the anti-marijuana crusade in the late ’30s, who said, “Reefer makes darkies think they’re as good as white men.” You know, uh.

AW: Yeah, I think Anslinger would have even been proud, or even a little bit shocked, about what Alford said. I mean, for him to say that in 2018 is sad, but it’s almost impressive, in an unfortunate way. 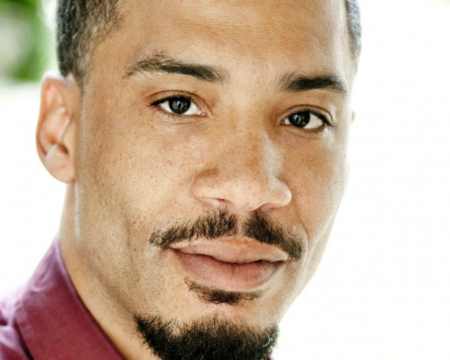 Art Way: “Drug policies have always been a way for law enforcement and people in control to put their hands on the undesirables in their communities.”

But, yeah, I think people don’t realize that our drug policies did not begin from some notion of, how do we keep people healthy and safe. Drug policies have always been a way for law enforcement and people in control to put their hands on the undesirables in their communities, the so-called undesirables, poor people, people of color. You know, we saw it with opium, when it comes to Chinese immigrants on the West Coast. Cocaine was affiliated with African-Americans, once they started to leave the sharecropping fields and get jobs in the cities, like Mobile and New Orleans. And marijuana prohibition really started here in the Southwest when it comes to the migrations of Central Americans and Mexicans coming up into the country. So whenever there was a concern about certain migrations and people being a part of this country, who some didn’t feel should be a part of this country, drug policy popped up as a way to keep control of the racial and social hierarchy.

JJ: Absolutely, and as we move in a different direction, you can’t just erase that. You still have to be mindful of that going forward. Let me just let you close with: I just heard about in New York, they are pushing for the Marijuana Regulation and Taxation Act, that’s going to direct, or try to direct, tax revenue from marijuana tax sales to education and to job training specifically in the communities most harmed by the war on drugs. And I understand that Colorado has its own programs that have something to do with not forgetting where we came from as we go forward.

AW: Yeah, we are out to ensure there’s a reparative justice aspect to our legalization framework, and we’re also working to reallocate marijuana tax revenue to communities most in need, when it comes to mental health and drug dependency, through certain public health interventions, like law enforcement assisted diversion and co-responder programs. We want to ensure that in the jurisdictions where these programs are implemented, they do address those who historically have had the most problems with prohibition, and with law enforcement.

We want to make sure that these public health interventions just don’t become some kind of glorious diversion program for law enforcement, where they pick and choose who they want to help. We want to ensure that those who are in and out of the local jails on a monthly basis, in and out of local jails, where their dependency and mental health issues remain—we’re trying to divert them upfront from the local jails, and we want to make sure that law enforcement in those jurisdictions looks to help people who historically have been disproportionately targeted by law enforcement during the drug war, and that’s people of color and poor people struggling with mental health and drug dependency issues.

JJ: We’ve been speaking with Art Way, senior director for national criminal justice reform strategy at the Drug Policy Alliance and state director for DPA’s Colorado office. You can find more about their work on their website DrugPolicy.org. Art Way, thank you very much for joining us this week on CounterSpin.