The past is not dead; it is people who are sleeping.  The current night and daymares that we are having arise out of murders lodged deep in our past that have continued into the present.  No amount of feigned amnesia will erase the bloody truth of American history, the cheap grace we bestow upon ourselves.  We have, as Harold Pinter said in his Nobel address, been feeding on “a vast tapestry of lies” that surrounds us, lies uttered by nihilistic leaders and their media mouthpieces for a very long time.  We have, or should have, bad consciences for not acknowledging being active or silent accomplices in the suppression of truth and the vicious murdering of millions at home and abroad.

But, as Pinter said, “I believe that despite the enormous odds which exist, unflinching, unswerving, fierce intellectual determination, as citizens, to define the real truth of our lives and our societies is a crucial obligation which devolves upon us all. It is in fact mandatory.”

No one is more emblematic of this noble effort than David Ray Griffin, who, in book after book since the attacks of 11 September 2001, has meticulously exposed the underside of the American empire and its evil masters.  His persistence in trying to reach people and to warn them of the horrors that have resulted is extraordinary.  Excluding his philosophical and theological works, this is his fifteenth book since 2004 on these grave issues of life and death and the future of the world. 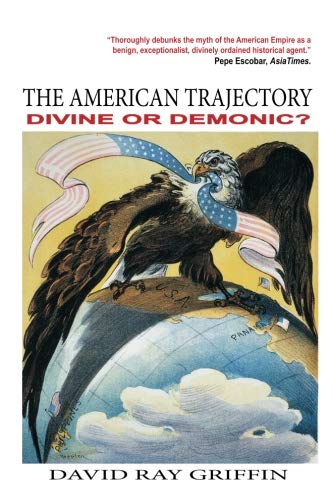 In this masterful book, he provides a powerful historical argument that right from the start with the arrival of the first European settlers, this country, despite all the rhetoric about it…