Home Office figures suggest a mere 54 of the 350 suspected jihadists who have returned to the UK from Iraq or Syria have been convicted since 2012. 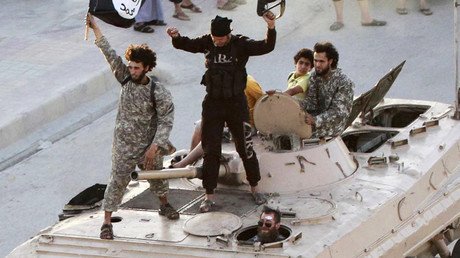 “There are a wide range of offences that can be used to prosecute such individuals but each case has to be considered individually on its merits and whether an arrest or prosecution can take place will depend on the evidence available.

“If the police refer a case to the CPS, they consider whether the test in the Code for Crown Prosecutors is met. That is, whether there is sufficient evidence to provide a realistic prospect of conviction for any offence and, if so, whether it is in the public interest to prosecute.”

Security experts say the statistics raise concerns over the authorities’ failure to keep track of the jihadists re-entering the country, warning that the number of returning jihadists who had fought for terror groups like Islamic State (IS, formerly ISIS/ISIL) or al-Qaeda may be much higher than estimated.

Speaking to the Telegraph, Professor Anthony Glees, head of the University of Buckingham’s Centre for Security and Intelligence Studies, said: “The fact so few are being prosecuted when they return is clearly very unsatisfactory and will be very alarming to many people.

“We need to know why so many haven’t been prosecuted. It suggests to me that they have simply gone off the radar while our security services try to play catch-up.”

A spokesman for the Home Office said: “Everyone who returns from Syria or Iraq can expect to be subject to investigation to determine if they pose a threat and they should be in no doubt we will take the strongest possible action to protect our national security.”

More than 800 people are thought to have travelled to Iraq and Syria from the UK alone, with an estimated 30,000 in total emanating from 100 different countries.