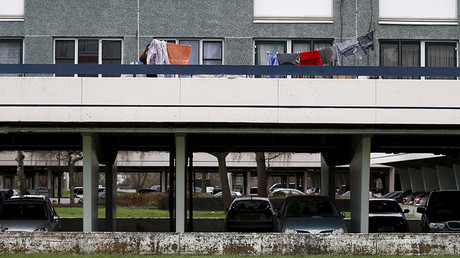 Britain’s “privileged minority” are sucking up money at an astonishing rate while the poor and workers are left struggling, an Oxfam report into tax avoidance claims.

The ‘Ending the Era of Tax Havens’ study wants the secretive offshoring of wealth eliminated and argues that the wealthiest one percent – around 600,000 people – are taking millions of pounds more than they’re due.

“£3.7 million could buy outright an eight-bedroom home with swimming pool in Wimbledon, South-West London,” whereas £1,600 would not cover “five days rent of the same property,” said Oxfam.

The report was released on Monday ahead of Wednesday’s 2016 Budget announcement by Tory Chancellor George Osborne.

“Currently, a privileged minority are able to hide billions offshore away from tax authorities, which unfairly increases the burden on the rest – especially people who are already struggling to get by,” Chief Executive Mark Goldring said in a blog on the Oxfam website.

Goldring called for an end to the shadowy world of “tax dodging” and to permissive attitudes which had ingrained the practice.

“It’s time the Government ended the secrecy that allows tax dodgers to get away without paying their fair share, robbing the UK – and poor countries – of vital revenue that could help fund public services and provide a strong safety net for most vulnerable,” he said.

The report focuses on “secrecy jurisdictions” which allow taxes to be avoided by concentrating cash in place like Bermuda and the Cayman Islands.

It acknowledges in that the British government has taken up a “significant role in the fight against global poverty,” but adds “‘secrecy jurisdictions,’ and the financial secrecy they promote, are a major driver of inequality and corruption.”

“[These] undermine attempts to end poverty and suffering” both at home and globally.