The passing of Florida’s Amendment 4 will restore over a million former felons’ right to vote in future elections. While activists are claiming victory, others are left with serious concerns that the changes are too forgiving.

Alongside voting politicians in and out of office, Wednesday’s midterms include a number of direct amendments to state law. In Florida, one controversial amendment has passed and been added to the state constitution which will restore voting rights to felons who have completed their sentences, given that they were not incarcerated for murder or a sex offense. 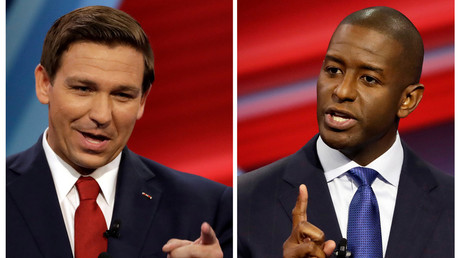 The 1.4 million people affected make up nearly a tenth of Florida’s voting age population, implying potentially serious changes for the 2020 elections in this critical swing state. The Amendment will bring about the largest expansion in voting rights since the Voting Rights Act of 1965, which prohibited racial discrimination in voting.

Until Wednesday’s initiative passed, Florida had some of the strictest laws in the country regarding a criminal’s ability to vote; in turn, leaving Florida with one of the highest disenfranchisement rates in the country. Whereas most states prohibit people currently in prison from voting and some extend this to probation or parole, Florida was one of four states where felon status permanently removed one’s voting rights. While there was already a process in place in Florida for former felons to regain their rights, it was incredibly arduous, required personal approval from the state governor, and had a very low rate of success.

In terms of impact on the 2020 election, the result of the vote on Amendment 4 in Florida today could have a bigger impact than anything else being voted on today. https://t.co/xlwAhStOAc

Amendment 4 activists gathered the signatures of over 800,000 registered voters to get the amendment on the ballot, assisted by celebrity supporters including John Legend and Rihanna. Interestingly, both the conservative Koch brothers and the American Civil Liberties Union contributed money to the campaign. Supporters say that the Amendment will provide much-needed reform to an overly-punishing system which disproportionately affects African Americans: around 17.9 percent of potential black votes in Florida.

Opponents, such as Florida Governor Rick Scott, say that the change will make it too easy for criminals to reacquire their rights. While some opponents of the amendment are still in favor of speeding up the process, they claim that Amendment 4 will allow former felons to regain their voting rights automatically, without any process. “If you are a convicted felon, part of what you did is you lost your rights,” Governor Scott argued earlier, going on to defend the appeal process which was already in place.