A Subway restaurant employee in Utah was arrested over allegations that he put chemicals into a drink ordered by a police sergeant. Authorities said the drink tested positive for THC and methamphetamine.

Tanis Lloyd Ukena, 18, was arrested Monday after Layton, Utah, police obtained surveillance footage from a Subway restaurant that showed him allegedly adding chemicals into a police sergeant’s lemonade order, according to reports. Ukena was placed in the Davis County Jail for investigation of surreptitious administration of a substance, which is a second-degree felony.

The unidentified sergeant had stopped at the Subway for lunch. As he was driving away, he found that his drink “tasted funny,”according to KSL-TV, and that he was unable to brake properly at a stop light.

Wrong on EVERY level. They have to throw the book at this guy for drugging an officer who ordered food from him…. https://t.co/dxwF91eQ9W

“While approaching an intersection that had a red light, he had difficulty getting his foot to move to the brake pedal,” according to a jail report. “(He) drove to the Layton Police Department, where he was observed to have signs of impairment. He was unable to process information and drifted off, and was unable to focus on questions being asked of him.”

He was able to drive safely to a police station, then was taken to a nearby hospital. Authorities told KSTU that the drink tested positive for methamphetamine and THC, the main psychoactive ingredient in cannabis.

Ukena “denied putting anything into the drink,” the jail report says. 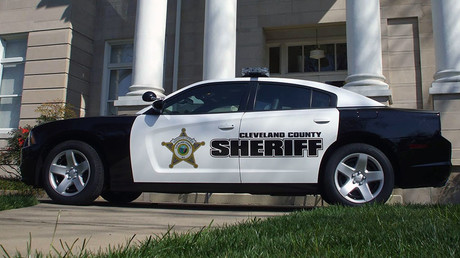 Bobrowski said the sergeant was in his police uniform and inside a police vehicle when he made the order. Though they believe he was targeted for being an officer, “we don’t know for sure,” Bobrowski said.

“I know that the community here in Utah is overwhelmingly supportive of law enforcement, and we’ve experienced that over the last couple of months. … I think this is a very isolated incident,” he said.

The officer has been released from the hospital and is resting at home, Bobrowski said, adding he should be able to return to work soon.

The owners of the Layton Subway referred questions to the chain restaurant’s corporate office, KSL-TV reported. Bobrowski said the Subway location had been “fully cooperative with our police department” and that the incident is “in no way … a reflection on the ownership of the restaurant.”