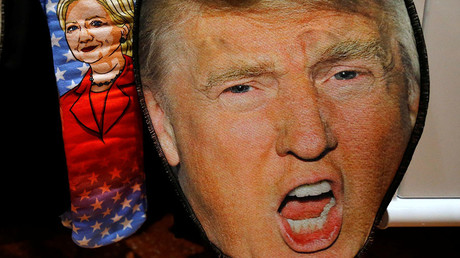 Republican presidential candidate Donald Trump shows a one percent, 46-45, lead over Democrat Hillary Clinton, according to the latest poll. Trump’s resurgence follows revelations that the FBI is taking a renewed look at the Clinton e-mails scandal.

Trump’s lead in the poll comes despite the Democratic presidential candidate having a lead in early voting, which shows her at 54 percent compared with Trump at 41 percent, according to a Washington Post-ABC News poll released on Tuesday.

One in five likely voters said they had already voted (21 percent), while about one-quarter said they plan to vote early or by mail (24 percent). Only a slight majority plan to vote in-person on Election Day.

Some 53 percent of Trump supporters had enthusiasm for their candidate, compared to only 43 percent of Clinton backers.

Reflecting the difficulty voters have with both candidates this election season, voter enthusiasm has dropped by more than 10 percent compared to that which President Obama enjoyed in 2012, when he scored 64 percent voter enthusiasm, with Romney narrowly behind at 61 percent, according to the poll.

The poll found that Trump has an 18 point edge among political independents, “significantly higher than Republicans have held in recent elections,” according to the Washington Post.

The poll, which was conducted by phone over the four nights from October 27 to October 30, took a random sampling of 1,773 likely voting adults. The results have an overall sampling error of 2.5 points.