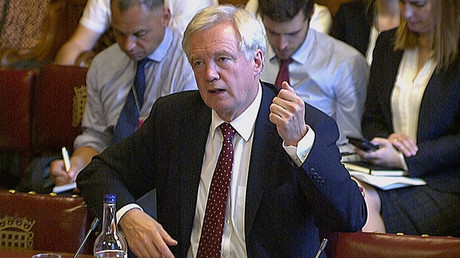 Until Article 50 is initiated and Britain officially begins the process of leaving the European Union, no news on Brexit negotiations will be disclosed to the public, MPs or peers – not even in private.

The announcement was made by Secretary of State for Leaving the EU David Davis, who told the House of Lords: “Clearly there is a need for Parliament to be informed without giving away our negotiating position. I may not be able to tell you everything, even in private hearings.”

He did, however, insist the process would be as clear as possible, adding: “I can entirely see accountability after the event, that’s very clear. In advance, I don’t think it’s possible for parliamentarians to micro-manage the process and wouldn’t give us an optimum outcome for the country.

“Much of the confidentiality I’m talking about will be time-related. We can tell you something late but we can’t tell you in advance.

“I don’t think this will be a blind process from beginning to end. I’d be astonished if it were. It’s not going to be a ‘black box’ out of which a treaty drops at the end.”

Davis was giving evidence to the House of Lords EU Committee after Prime Minister Theresa May refused to give the House of Commons a “running commentary” on the Brexit process.

Projections on how the British economy or law would look after Brexit have also been minimal from Tory frontbenchers.

Official Brexit negotiations are likely to begin early next year. The PM meanwhile repeats her much-maligned mantra: “Brexit means Brexit, and we will make a success of it.”