A British judge stunned a courtroom by using the C-word as she sentenced a man who then performed a Nazi salute, shouted “Sieg Heil” and sung “Jews gas them all” in court.

John Hennigan, 50, was handed down an 18-month jail sentence by Judge Patricia Lynch QC at Chelmsford Crown Court on Tuesday after he breached an Anti-Social Behavior Order (ASBO) by using racist language towards a woman and her two young children.

During sentencing, Hennigan told the judge she was “a bit of a “c***,” the Mirror reports.

The judge immediately replied: “You are a bit of a c*** yourself. Being offensive to me doesn’t help.”

While sentencing Hennigan, Judge Lynch told him: “Your offence is thoroughly unpleasant and repeated breaches of this order using the most unpleasant of language and causing distress.

“It’s said custody would be distressing for you but it seems you never learn.

“This is the ninth time you have breached this order, the same offensive, racist comments and you don’t deserve another chance.” 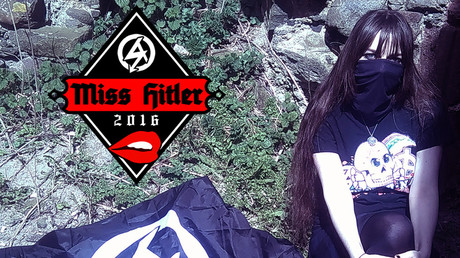 Following the exchange, Hennigan banged on the glass panel of the dock, performed a Nazi salute, and twice shouted “Sieg Heil” before starting to sing: “Jews gas them all.”

Judge Lynch then said sarcastically: “We are all really impressed. Take him down.”

Hennigan was jailed for 18 months for insulting a black Caribbean mother, Tanisha Ford, and her two children, aged six and eight, as they were out shopping in Harlow in April of last year.

Hennigan was handed an ASBO in 2005, prohibiting him from acting in an antisocial way or from using racist language.

He said to Ford: “I don’t agree with interracial relationships. I like natural.” He later added: “I prefer white children.”

Describing Ford’s reaction to the racist outburst, Prosecutor Lynne Shirley said: “She was shocked and surprised. The incident made her feel very upset, hurt, out of place and distressed. She was alarmed her children had to listen to the comments.”

Hennigan was arrested and police officers later said he made “very unpleasant” comments while in custody.

Defense lawyer Harry Warner urged the judge to spare Hennigan immediate custody, saying he could benefit from working with probation.

“He is a rather unfortunate man,” Warner said.

“He lives alone, is single and has been diagnosed and medicated for depression.”

The court heard this is only the latest in a string of breaches of Hennigan’s ASBO. He has 23 convictions for 47 offences, many of them involving Nazi salutes and racist incidents.

In October 2012, he was seen performing a Nazi salute in a central London pub and making racial slurs towards black people. A judge later described him as a “disgrace to the values of this country.”