A two-star general who was previously fired from a top post at the Pentagon and demoted in rank misused his government credit card at strip clubs and had “inappropriate interactions” with female subordinates, a Defense Department report has concluded.

Misuse of government credit cards at strip clubs and casinos has been an ongoing problem for the Pentagon. Department of Defense employees, both civilian and military, racked up 5,000 charges at casinos and strip clubs totaling more than $1 million over the course of a year. 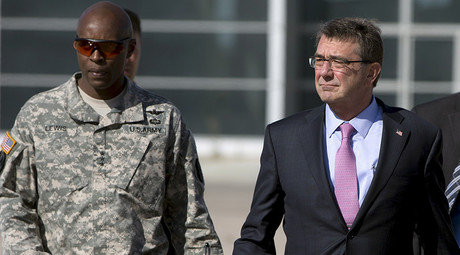 Now it appears that such charges extend all the way up the chain of command to almost the very top: Major General Ron Lewis, the former senior military assistant to Defense Secretary Ash Carter. Lewis was fired from his post in November after the DOD announced he was under investigation for undefined “misconduct allegations.” He was transferred to serve as a special assistant to Lieutenant General James McConville, the Army’s deputy chief of staff for personnel matters, and demoted in rank to a two-star general.

We have now learned what that misconduct was: Accusations that Lewis “misused his government travel charge card for personal expenses; made false official statements regarding his government travel card misuse; and engaged in other inappropriate behavior,” Kathie Scarrah, a spokeswoman for the Pentagon’s Office of the Inspector General (IG), told AP.

According to the IG’s 51-page report, published Thursday, Lewis patronized the “Candy Bar” club,  in April 2015, which is located in an area of Itaewon, Seoul “commonly referred to locally as ‘Hooker Hill’.” The US Army Garrison Yongsan commander had previously designated a number of establishments in the neighborhood, including Candy Bar, as off-limits “because of their ties to illicit activities, such as prostitution, controlled substances, and underage drinking.”

Lewis’ credit card statement and receipts showed that he charged more than $1,100 (after currency conversion) in personal expenses at Candy Bar to his government-issued card, “including an 81 percent tip.” When the IG later asked for an explanation, he responded: “I don’t know in this particular case.”

However, when Lewis initially returned from South Korea and received help filling out his travel voucher, staff members in the defense secretary’s office noticed the charges at Candy and asked him about it, he said he hadn’t made the charges. A staffer then disputed the charges with Citibank, which removed the Candy Bar charges from his bill, closed his account and issued him a new government card.

Six months later, in October 2015, Lewis was in Rome, Italy. While there, the IG determined based on witness testimony and merchant information, he visited the “Cica Cica Boom” club, which has signs advertising “Sexy Show,” “Fans Club” and “Lap Dance.”
According to Lewis’ interview with the IG, “after dancing with local women and drinking to ‘more than moderation’ for more three hours,” he unsuccessfully tried to pay his nearly $1,800 bill with his personal debit card. When that didn’t work, he returned to his hotel “escorted by a female foreign national employee of the Cica Cica Boom club” to pick up his government travel credit card “from a [female] subordinate who held it for him.” The escort waited in the hallway. 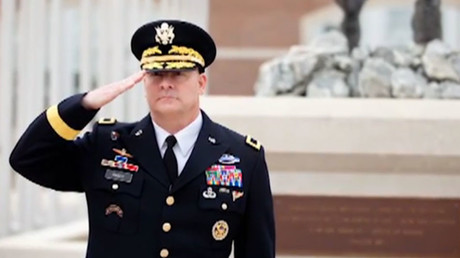 “I left [the club] with a big bill and they wanted to make sure I came back and paid it.” Lewis later told the IG. “It had to be put on my government card in order to have this bill cleared.” He added that he paid back the money when he returned to the US.

On top of the credit card misuse, the IG also accused Lewis of “improper interactions” with female subordinates and other DOD employees, although he was not accused of adultery. In Hawaii, just days before he was fired, a lower-ranking enlisted service member claimed that Lewis appeared to want to kiss her in his room after dinner. Lewis disputed her account, telling the IG that their “discussions remained the type of conversation a command team would engage in.”

In another instance, this time in Malaysia and again right before he was fired, Lewis and a female subordinate shared a cigar while getting drinks with a large number of other employees and members of the media. The other staffers told the IG that they were uncomfortable with the situation, which the witnesses described as “arms around each other,” “questionable  behavior,” “extremely intimate,” “chummy,” and “did not seem innocent.”

Lewis was given a copy of the IG’s tentative conclusions, to which he offered a rebuttal that disagreed with the inspector’s conclusions, criticized the investigation and disputed some of the facts. At the same time, though, he also noted that he was aware of his “mistakes, errors in judgment, and perceptions I may have created.”

“After carefully considering MG Lewis’ response, re-examining previously collected evidence, and reviewing the results of additional fieldwork, we stand by our report and the conclusions in it,” the IG report read.

Army leaders will now determine what, if any, punishment Lewis should receive, as well as at what rank he would be able to retire.