A lawsuit filed against security giant DynCorp in a Washington DC federal court alleges that the company deliberately overcharged the US government and inflated costs while providing training for Iraqi police between 2004 and 2008.

DynCorp International remains a Pentagon contractor despite the charges brought against the company by the US Justice Department. 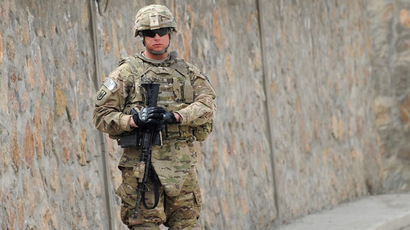 The release specified that back in April 2004 the US State Department’s Bureau for International Narcotics and Law Enforcement Affairs (INL) awarded DynCorp with a contract to provide training to the Iraqi civil police (CIVPOL). The contract involved the training of Iraqis and provision of instructors, interpreters, drivers, and security guards, as well as providing logistic services and living quarters for contractor personnel.

DynCorp “knowingly allowed one of its main CIVPOL subcontractors to charge excessive and unsubstantiated rates for hotel lodging, translator, security guard and driving services and overhead expenses,” the release claims.

The complaint maintains that DynCorp was aware of unreasonable rates from the subcontractor, but billed the State Department anyway.

The complaint also insists that DynCorp inflated spending further by adding its own markup to the subcontractor’s charges.

“DynCorp’s invoices, which reflected these inflated subcontractor rates, and DynCorp’s own fees and markups, were false and fraudulent claims,” the complaint says.

The release specified that the claims declared in the complaint are allegations only and bear no determination of liability.

The size of the alleged fraud is not specified, although the complaint notes the US$135 million the firm received from the State Department.

DynCorp has received contracts from the US Defense Department for training Afghanistan’s police officers and national troops since 2003.

The Guardian newspaper cites a reply statement from DynCorp, saying the company is disappointed by the accusations and “looks forward to responding to the complaint’s allegations in court.”

“The suit is an after-the-fact attempt to re-price certain labor and housing costs charged nearly a decade ago by a subcontractor in Iraq which was recommended to DynCorp International by the US government,” DynCorp said in a statement.