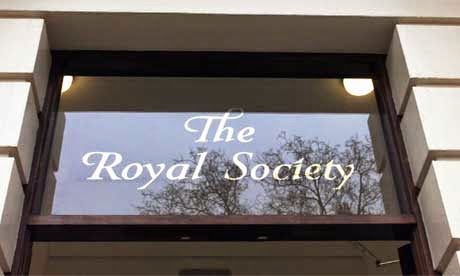 The Royal Society acts as a scientific advisor to the British government. The Society is Britain’s Academy of Sciences, which funds research fellowships and scientific start-up companies. A self-governing fellowship of many of the world’s most distinguished scientists drawn from all areas of science, engineering, and medicine, its purpose is according to its website to “recognise, promote, and support excellence in science and to encourage the development and use of science for the benefit of humanity.”

The Society facilitates interaction and communication among scientists and disseminates scientific advances through its journals. It also engages beyond the research community, through independent policy work, the promotion of science information and communication with the public.
The Royal Society is a prestigious institution that feeds into policy formulation processes at national level.
US public interest attorney Steven Druker has written an open letter to The Royal Society calling on it to acknowledge and correct the misleading and exaggerated statements that is has used to actively promote GMOs and in effect convey false impressions. He cites specific instances where members of The Society have made false statements and where The Society’s actions were not objective or based on scientific reasoning but seemingly were little more than biased and stridently pro-GMO.
In his new book, ‘Altered Genes, Twisted Truths’, Druker has exposed the fraudulent practices and deceptions that led to the commercialisation of GM food and crops in the US as well as claims made by bodies like The Royal Society that have misrepresented the case for GMOs and which have effectively engaged in a campaign of disinformation (see here) .
To coincide with the release of the book, he urges The Royal Society to confront the facts about GM foods and take time to take steps to set the record straight.
Druker states his book ‘Altered Genes, Twisted Truth’ has been praised for its soundness by several well credentialed reviewers, including five biologists (four of whom are molecular biologists). He asserts that, at minimum, this makes a prima facie case that it is a book of which The Society must take account. He states therefore that The Society cannot justifiably dismiss the book unless it can demonstrate that it is to a substantial degree factually or logically unsound.
If The Royal Society has not addressed pertinent issues by 20 April 2015, Druker claims that the world will have a right to assume that the book is as sound as the experts who reviewed it have affirmed — and that GM foods are therefore unacceptably risky and must be banned.
The text of the letter is provided below, courtesy of the Beyond GM website where the letter including references (which are not included below) can be found (a link to the pdf of the letter can be accessed here).
AN OPEN LETTER — AND A CHALLENGE TO THE ROYAL SOCIETY
From Steven M. Druker, JD Executive Director Alliance for Bio-Integrity
It’s Time to Confront the Facts about GM Foods, Acknowledge the Misleading Statements You Have Made in Your Effort to Promote Them, and Take Steps to Set the Record Straight –
Because clarifying the facts about GM foods is crucial for developing an intelligent, science-based policy on the future of agriculture, and because the Royal Society has significantly contributed to the confusion that currently surrounds this issue, it is imperative that remedial action be promptly initiated. This is especially so considering that:

1. Although for most of its august history, the Royal Society refrained from taking sides on issues or from even expressing an official opinion on a topic,  by the mid-1990’s, it had become a partisan defender of genetically modified (GM) foods and embraced a proactive policy on their behalf. This proactive stance was acknowledged in the President’s Address in The Royal Society Annual Review 1998-99, which declared that “We have contributed early and proactively to public debate about genetically modified plants.” One of these contributions was a 1998 report that called for the rapid introduction of GM foods.