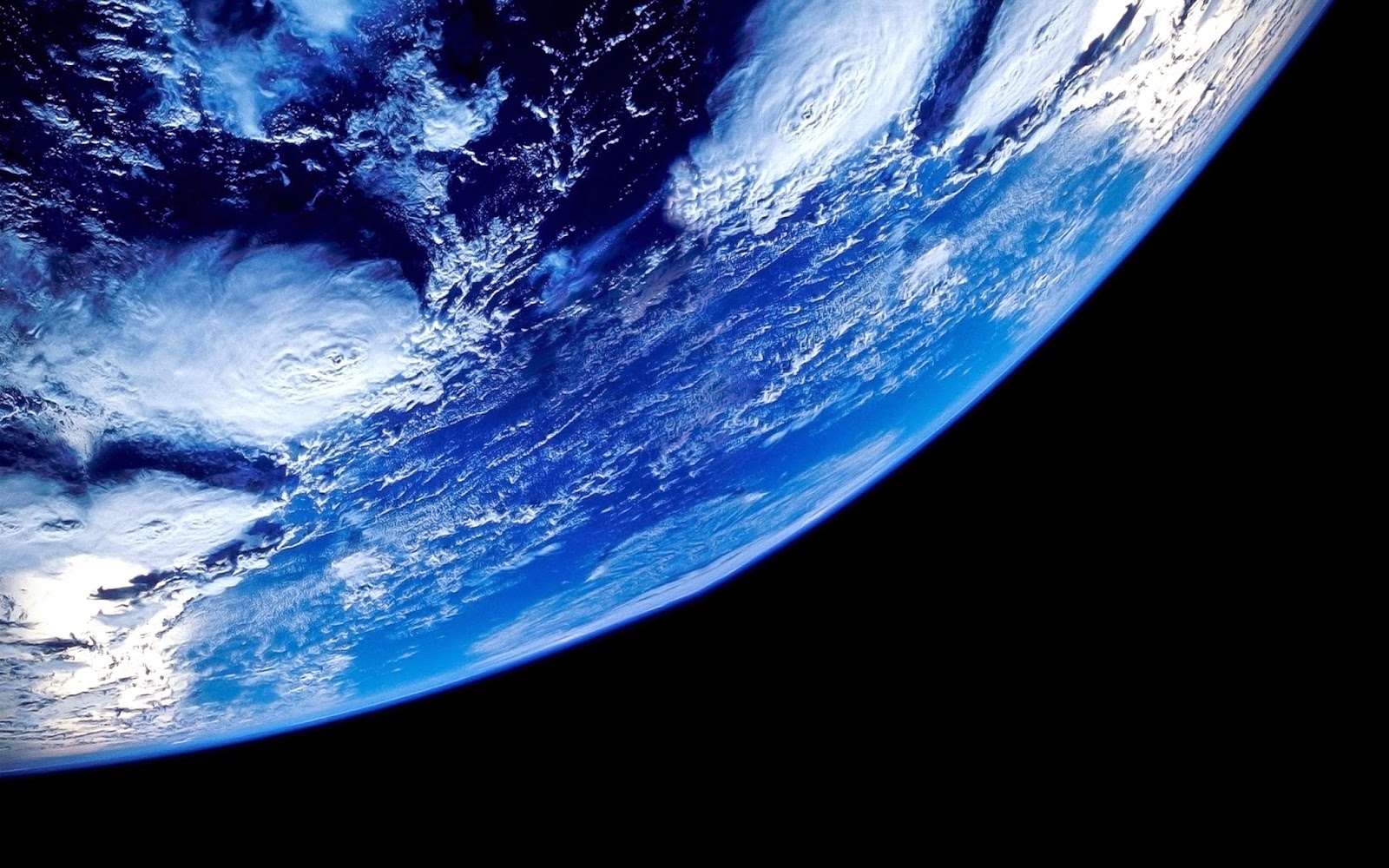 Countercurrents, Global Research, RINF, Counterpunch
NATO countries are to all intents and purposes at war with Russia. The US knows it and Russia knows it too. Unfortunately, most of those living in NATO countries remain blissfully ignorant of this fact.
The US initiated economic sanctions against Russia, has attacked its currency and has manipulated oil prices to devastate the Russian economy. It was behind the coup in Ukraine and is now escalating tensions by placing troops in Europe and supporting a bunch of neo-fascists that it brought to power. Yet the bought and paid for corporate media in the West keeps the majority of the Western public in ignorance by depicting Russia as the aggressor.
If the current situation continues, the outcome could be a devastating nuclear conflict. Washington poured five billion dollars into Ukraine with the aim of eventually instigating a coup on Russia’s doorstep. Washington and NATO are supporting proxy forces on the ground to kill and drive out those who are demanding autonomy from the US puppet regime in Kiev. Hundreds of thousands have fled across the border into Russia.

Yet it is Washington that accuses Moscow of invading Ukraine, of having had a hand in the downing of a commercial airliner and of ‘invading’ Ukraine based on no evidence at all — trial by media courtesy of Washington’s PR machine. As a result of this Russian ‘aggression’, Washington slapped sanctions on Moscow.
The ultimate aim is to de-link Europe’s economy from Russia and weaken Russia’s energy dependent economy by denying it export markets. The ultimate aim is to also ensure Europe remains integrated with/dependent on Washington, not least via the Transatlantic Trade and Investment Partnership (TTIP) and in the long term via US gas and Middle East oil (sold in dollars, thereby boosting the strength of the currency upon which US global hegemony rests).

The mainstream corporate media in the West parrots the accusations against Moscow as fact, despite Washington having cooked up evidence or invented baseless pretexts. As with Iraq, Libya, Afghanistan and other ‘interventions’ that have left a trail of death and devastation in their wake, the Western corporate media’s role is to act as cheerleader for official policies and US-led wars of terror.

The reality is that the US has around 800 military bases in over 100 countries and military personnel in almost 150 countries. US spending on its military dwarfs what the rest of the world spends together. It outspends China by a ratio of 6:1.

What does the corporate media say about this? That the US is a ‘force for good’ and constitutes the ‘world’s policeman’ – not a calculating empire underpinned by militarism.

By the 1980s, Washington’s wars, death squads and covert operations were responsible for six million deaths in the ‘developing’ world. An updated figure suggests that figure is closer to ten million.

Breaking previous agreements made with Russia/the USSR, over the past two decades the US and NATO has moved into Eastern Europe and continues to encircle Russia and install missile systems aimed at it. It has also surrounded Iran with military bases. It is destabilising Pakistan and ‘intervening’ in countries across Africa to weaken Chinese trade and investment links and influence. It intends to eventually militarily ‘pivot’ towards Asia to encircle China.

William Blum has presented a long list of Washington’s crimes across the planet since 1945 in terms of its numerous bombings of countries, assassinations of elected leaders and destabilisations. No other country comes close to matching the scale of such criminality. Under the smokescreen of exporting ‘freedom and democracy’, the US has deemed it necessary to ignore international laws and carry out atrocities to further its geo-political interests across the globe.

Writing on AlterNet.org, Nicolas JS Davies says of William Blum’s book Killing Hope: U.S. Military and CIA Interventions since World War II: if you’re looking for historical context for what you are reading or watching on TV about the coup in Ukraine, ‘Killing Hope’ will provide it.

Davies goes on to say that the list above does not include a roughly equal number of failed coups, nor coups in Africa and elsewhere in which a US role is suspected but unproven.

The Project for a New American Century (PNAC) is a recipe for more of the same. The ultimate goal, based on the ‘Wolfowitz Doctrine, is to prevent any rival emerging to challenge Washington’s global hegemony and to secure dominance over the entire planet. Washington’s game plan for Russia is to destroy is as a functioning state or to permanently weaken it so it submits to US hegemony. While the mainstream media in the West set out to revive the Cold War mentality and demonise Russia, Washington believes it can actually win a nuclear conflict with Russia. It no longer regards nuclear weapons as a last resort but part of a conventional theatre of war and is willing to use them for pre-emptive strikes.

Washington is accusing Russia of violating Ukraine’s territorial sovereignty, while the US has its military, mercenary and intelligence personnel inside Ukraine. It is moreover putting troops in Poland, engaging in ‘war games’ close to Russia and has pushed through a ‘Russian anti-aggression’ act that portrays Russia as an aggressor in order to give Ukraine de facto membership of NATO and thus full military support, advice and assistance.

Washington presses ahead regardless as Russia begins to undermine dollar hegemony by trading oil and gas and goods in rubles and other currencies. And history shows that whenever a country threatens the dollar, the US does not idly stand by.

Unfortunately, most members of the Western public believe the lies being fed to them. This results from the corporate media amounting to little more than an extension of Washington’s propaganda arm. The PNAC, under the pretext of some bogus ‘war on terror’, is partly built on gullible, easily led public opinion, which is fanned by emotive outbursts from politicians and the media. We have a Pavlov’s dog public and media, which respond on cue to the moralistic bleating of politicians who rely on the public’s ignorance to facilitate war and conflict.

Former US Ambassador to Ukraine John Herbst has spoken about the merits of the Kiev coup and the installation of an illegitimate government in Ukraine. Last year, he called the violent removal of Ukraine’s democratically elected government as enhancing democracy. Herbst displayed all of the arrogance associated with the ideology of US ‘exceptionalism’. He also displayed complete contempt for the public by spouting falsehoods and misleading claims about events taking place in Ukraine.

And now in Britain, the public is being subjected to the same kind of propaganda by the likes of Foreign Secretary Philip Hammond with his made-for-media sound bites about Russia being a threat to world peace:

In a speech that could have come straight from the pen of some war mongering US neocon, the US’s toy monkey Hammond beats on cue the drum that signals Britain’s willingness to fall in line and verbally attack Putin for not acquiescing to US global hegemonic aims.
The anti-Russia propaganda in Britain is gathering pace. Defence Secretary Michael Fallon has said that Putin could repeat the tactics used to destabilise Ukraine in the Baltic states. He said that NATO must be ready for Russian aggression in “whatever form it takes.” He added that Russia is a “real and present danger.” Prior to this, PM David Cameron called on Europe to make clear to Russia that it faces economic and financial consequences for “many years to come” if it does not stop destabilising Ukraine.
Members of the current administration are clearly on board with US policy and are towing the line, as did Blair before. And we know that his policy on Iraq was based on a pack of lies too.
If Putin is reacting in a certain way, it is worth wondering what the US response would be if Russia had put its missiles in Canada near the US border, had destabilised Mexico and was talking of putting missiles there too. To top it off, imagine if Russia were applying sanctions on the US for all of this ‘aggression’.
What Russia is really guilty of is calling for a multi-polar world, not one dominated by the US. It’s a goal that most of humanity is guilty of. It is a world the US will not tolerate.
Herbst and his ilk would do well to contemplate their country’s record of wars and destabilisations, its global surveillance network that illegally spies on individuals and governments alike and its ongoing plundering of resources and countries supported by militarism, ‘free trade’ or the outright manipulation of every major market. Hammond, Fallon and Cameron would do well to remember this too. But like their US masters, their role is to feign amnesia and twist reality.
The media is dutifully playing its part well by keeping the public ignorant and misinformed.  A public that is encouraged to regard what is happening in Syria, Iraq, Ukraine, Afghanistan and Libya, etc, as a confusing, disconnected array of events in need of Western intervention based on bogus notions of ‘humanitarianism’ or a ‘war on terror’, rather than the planned machinations of empire which includes a global energy war and the associated preservation and strengthening of the petro-dollar system.
Eric Zuesse has been writing extensively on events in Ukraine for the last year. His articles have been published on various sites like Countercurrents, Global Research and RINF, but despite his attempts to get his numerous informative and well-researched pieces published in the mainstream media, he has by and large hit a brick wall (he describes this here).
This is because the corporate media have a narrative and the truth does not fit into it. If this tells us anything it is that sites like the one you are reading this particular article on are essential for informing the public about the reality of the aggression that could be sleepwalking the world towards humanity’s final war. And while the mainstream media might still be ‘main’, in as much as that is where most people still turn to for information, there is nothing to keep the alternative web-based media from becoming ‘mainstream’.
Whether it involves Eric’s virtually daily pieces or articles by other writers, the strategy must be to tweet, share and repost! Or as Binu Mathew from the India-based Countercurrents website says:
“It is for those who want to nurture these alternative communication channels to spread the word to tell the world about these avenues. ‘Each one reach one, each one teach one’ can be a good way to sum up.”