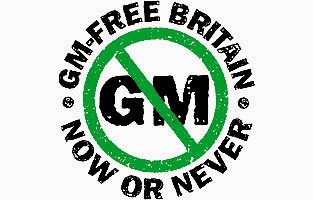 In 2012, the current British Environment, Food and Rural Affairs Secretary Owen Paterson called concerns over the use of GM foods “complete nonsense” in an outright attack on valid concerns about GMOs (1). Since then, through comments and speeches, he has consistently voiced unqualified support for the GM food industry.
MP Zac Goldsmith is a member of the Conservative Party to which Paterson also belongs and has accused his fellow party member of making “nonsensical” claims and as being a puppet of the industry. He has stated that Paterson has swallowed the industry line hook, line and sinker and fears that big agribusiness is framing the debate for the government in order to secure control over the food chain (2).
Paterson seems to be blissfully unaware of, or is content to ignore, the devastating, deleterious health, environmental, social and agricultural impacts of GMOs as detailed in this article: http://www.globalresearch.ca/the-realities-of-gmo-and-petro-chemical-agriculture-allergies-toxins-new-diseases/5367760
In a recent report by in the Daily Mail newspaper in Britain, it is claimed that Paterson’s support for GMOs is being carried out in partnership with the Agricultural Biotechnology Council (ABC), which is financed by GM companies such as Monsanto, Syngenta and Bayer CropScience (3). The revelations come weeks after it was revealed that a group of scientists behind an official government study backing GM all had links to the industry (4).
Evidence has emerged of meetings and briefings involving ministers and the ABC and its industry backers, despite no such meetings with groups worried about the impact of GM on human health and the countryside.
GeneWatch UK made a Freedom of Information request to find out what was said at the briefings, but Paterson’s department has refused to give details. As a result, GeneWatch UK has lodged a formal complaint with the Information Commissioner in the hope that ministers will be forced to admit how GM companies are driving government policy.
In a press release, GeneWatch Director Dr Helen Wallace says:

“The evidence strongly suggests the Government is colluding with the GM industry to manipulate the media, undermine access to GM-free-fed meat and dairy products and plot the return of GM crops to Britain. The public have a right to know what is going on behind closed doors… Ministers who should be protecting our environment have put Monsanto and Syngenta in the driving seat of policy on GM crops and foods.”

Paterson’s department has refused to provide details of a telephone conference between the department and the ABC on June 10 last year. Ten days later, Paterson made a speech calling for opposition to be dropped and claiming GM crops and food were ‘probably safer’ than the conventional equivalent. We are left to draw our own conclusions.
Paterson’s ministerial department has also refused to release a “message on media suggestions” sent by the ABC to the ministry last April, or details of discussions between Monsanto and the ministry two months before. In addition, the ministry would not provide details of a meeting and emails between former environment minister David Heath and the ABC in January last year.
The GM biotech has already captured politicians and regulatory and policy-making bodies in the US (5). It is also in the process of doing so in India (6). It is clear that Britain faces a similar problem.
Corruption, whether institionalised or individual, has many faces and too often attempts to hide itself behind a veil of secrecy. Left unchallenged, the corruption soon becomes pervasive, accepted and no longer seen for what it actually is. Its outcomes too often become regarded as normal or part of the ‘natural’ course of events.
The GM biotech sector’s corrosive influences on governments must be challenged now, before it’s too late – before we end up eating and being poisoned by its products and before the sector and its backers in the US State Department (7) destroy each and every nation’s food sovereignty by weaponising food in order to control entire populations (8).
Be informed and take action:
http://www.stopthecrop.org/
http://corporateeurope.org/
http://www.genewatch.org/
http://www.gmwatch.org/
http://indiagminfo.org/?page_id=175
Notes
1)      http://www.telegraph.co.uk/news/politics/9733589/Food-minister-Owen-Paterson-backs-GM-crops.html
2)      http://www.independent.co.uk/news/uk/politics/tory-mp-says-progm-environment-secretary-owen-paterson-is-industry-puppet-8686133.html
3)      http://www.dailymail.co.uk/news/article-2605570/Ministers-covering-secret-meetings-GM-food-lobby-Owen-Paterson-refused-Freedom-Information-request-talks-Frankenfood.html
4)      http://www.dailymail.co.uk/news/article-2581387/Scientists-hidden-links-GM-food-giants-Disturbing-truth-official-report-said-UK-forge-Frankenfoods.html
5)      http://rense.com/general33/fd.htm
6)      http://www.globalresearch.ca/india-the-devastating-social-impacts-of-gmo-killer-seeds/5372919
7)      http://documents.foodandwaterwatch.org/doc/Biotech_Report_US.pdf
8)      William Engdahl; ‘Seeds of Destruction’; 2007; page 143