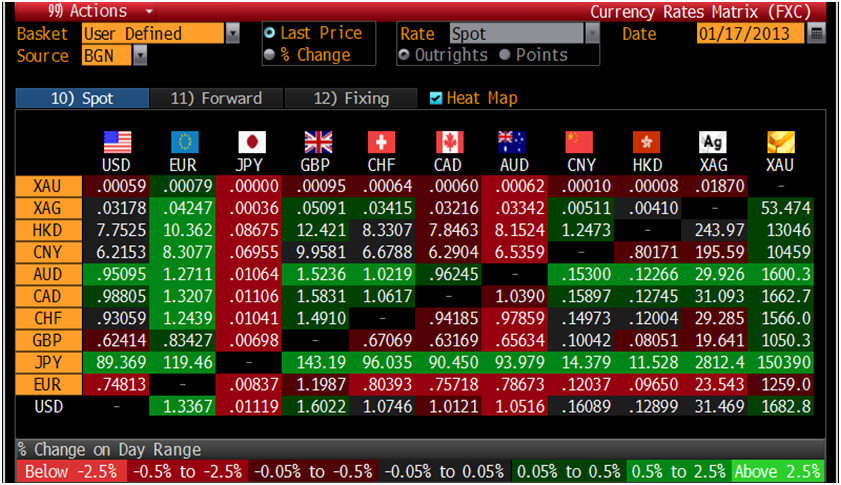 Although the U.S. Fed minutes earlier in the month stirred concerns about tightening monetary policy, the U.S. debt ceiling issue still looms and without an agreement the U.S. government will run out of money by mid February.

The Bundesbank announced yesterday that they will repatriate 674 metric tons of their total 3,391 metric ton gold reserves from vaults in Paris and New York to restore public confidence in the safety of Germany’s gold reserves.

IMF Germany Total Reserves Minus Gold in Millions of USD

Whether the repatriation of only some 20% of Germany’s gold reserves from the Federal Reserve Bank of New York and the Banque of Paris back to Frankfurt manages to allay German concerns remains in question.

Especially given that the transfer from the Federal Reserve is set to take place slowly over a seven year period and will only be completed in 2020. 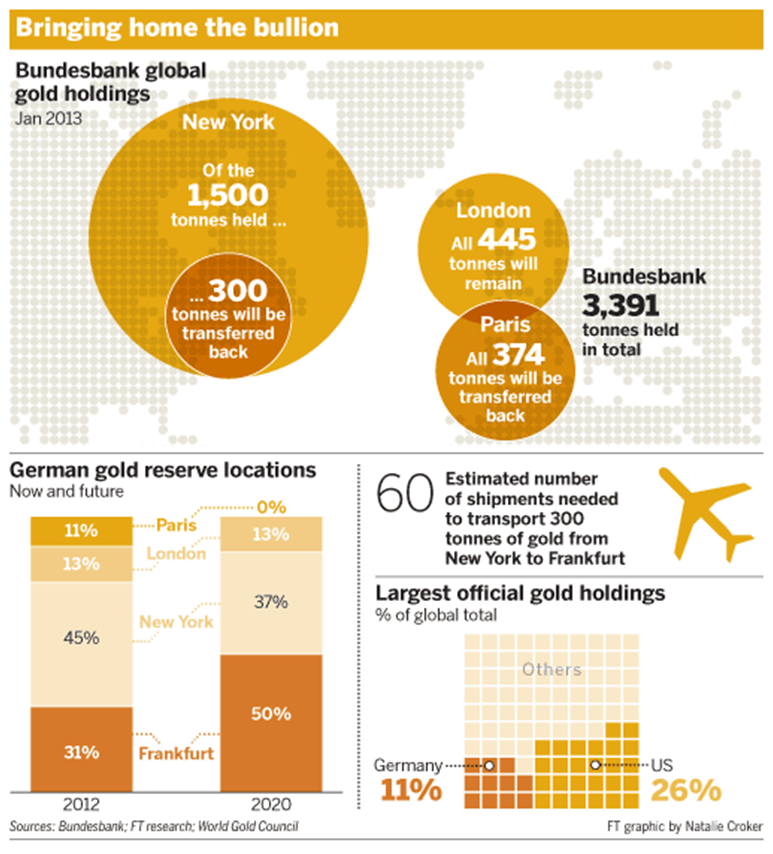 The German Precious Metals Association and Germany’s ‘Repatriate Our Gold’ campaign said that the move by the Bundesbank did not negate the need for a full audit of Germany’s gold.

It seems likely that we may only have seen another important milestone in the debate about German and global gold reserves.

Mohamed El_Erian of PIMCO in an op-ed piece in the Financial Times said that the German gold move should have “minimum systemic impact”.

But he acknowledged the risk that this could be wrong and the decision could “fuel greater suspicion” which could result in a “hit to what remains in multilateral policy cooperation would be problematic for virtually everybody.”

He warned that “growing mutual mistrusts” could  “translate into larger multilateral tensions, then the world would find itself facing even greater difficulties resolving payments imbalances and resisting beggar-thy-neighbor national policies.”

Concern in Dublin: Six tonnes of Irish gold in Bank of England — The Australian

The Meaning of Germany’s Gold Decision – The Financial Times

Gold Price On Rise: How To Invest In Bullion — The Telegraph