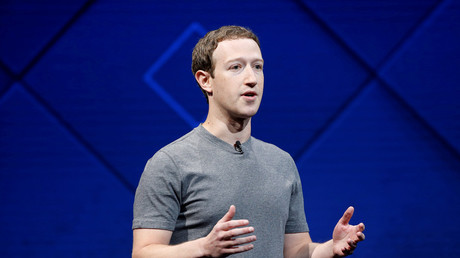 Mark Zuckerberg has refused to appear before MPs over the Cambridge Analytica row. Despite his refusal, the Facebook billionaire been urged think again after damning evidence was given by whistleblower Christopher Wylie.

The Facebook founder will instead send one of his senior executives – the company’s chief product officer, Chris Cox, who will give evidence to MPs when Parliament returns following the Easter break.

MP Damian Collins, the chairman of the Department for Culture Media and Sport select committee, has urged the social media CEO to rethink his plans following “the extraordinary evidence that we’ve heard so far today.”

#Facebook has responded to a request from MPs to give evidence about the Cambridge Analytica scandal. Mark Zuckerberg won’t be coming over, but one of his deputies will. It’ll either be chief technology officer Mike Schroepfer or Chief Product Officer Chris Cox. pic.twitter.com/88XxKH2AiG

“It is absolutely astonishing that Mark Zuckerberg is not prepared to submit himself to questioning,” Collins said. “These are questions of a fundamental importance and concern to Facebook users, as well as to our inquiry… I would certainly urge him to think again if he has any care for people that use his company’s services.”

Twitter slammed Zuckerberg’s dismissive approach to the data scandal. Some urged their friends to delete Facebook, while others openly mocked the social media king.

Collins’ comments come after the committee heard from Cambridge Analytica (CA) whistleblower Christopher Wylie. Wylie has accused CA of using intermediaries to gather information from 50 million Facebook users by way of a personality quiz back in 2014.

Wylie answered MPs questions re work at Cambridge Analytica.
Brexit vote may have resulted from manipulations.
Facebook Mark Zuckerberg-sucks refused to face UK Parliament; crawled back under his stone, happy he sold off all those FB shares … 😡
1/2

Most of the personal information was harvested from US users, but according to Wylie, the data was sold to Cambridge Analytica, a UK-based company that conducts psychological profiling for election campaigns.

Wylie made several explosive claims during the marathon four-hour inquiry. He alleged that he had heard that his predecessor, Dan Muresan, was murdered in Kenya after a deal went wrong.

He also pointed the finger at the various pro-Brexit groups, chiefly accusing the mainstream Vote Leave organization of “cheating”in the lead-up to the Brexit referendum. Tory political strategist and chairman of Vote Leave Dominic Cummings has denied the allegations, branding Wylie a “fantasist-charlatan.”