The United States government spent over $42,000 per Afghan to create 500 jobs over there.

And that’s the good news. The ever-cheerful Special Inspector General for Afghan Reconstruction (SIGAR; we have been paying to rebuild Afghanistan for the past 15 years with no end in sight) just released their inspection report on the State Department/USAID-funded Bagrami Industrial Park. 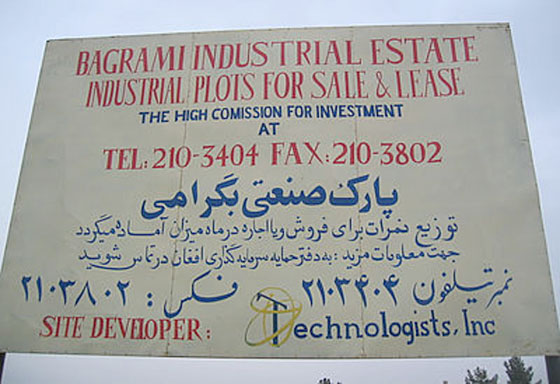 No details are available on the cost of the Bagrami sign above.

Peter Van Buren blew the whistle on State Department waste and mismanagement during Iraqi reconstruction in his first book, We Meant Well: How I Helped Lose the Battle for the Hearts and Minds of the Iraqi People. His latest book is Ghosts of Tom Joad: A Story of the #99 Percent. Reprinted from the his blog with permission.