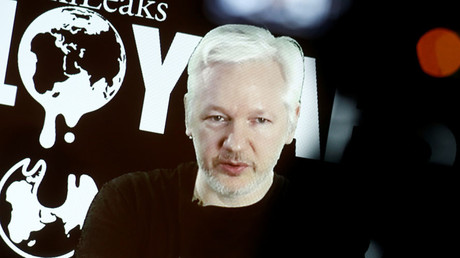 WikiLeaks has released more than half a million US diplomatic cables from 1979, covering numerous incidents such as the Iranian revolution, the siege of Mecca, and Saddam Hussein becoming president of Iraq.

Consisting of 531,525 cables, the latest batch – known as ‘Carter Cables III’ – marks the six-year anniversary of ‘Cablegate’, when WikiLeaks released classified cables sent to the US State Department, revealing assessments of countries and details of eavesdropping.

“If any year could be said to be the ‘year zero’ of our modern era, 1979 is it,” Julian Assange wrote in a statement on the WikiLeaks website. “In 1979 it seemed as if the blood would never stop. Dozens of countries saw assassinations, coups, revolts, bombings, political kidnappings and wars of liberation.”

The election of Margaret Thatcher as British Prime Minister and the Three Mile Island nuclear incident are some of the incidents during the year cited by Assange.

Also included in the cables are new documents on the Irish Republican Army (IRA), who in 1979 killed Lord Mountbatten, cousin of Britain’s Queen Elizabeth. His death is discussed in the newly-released cables.

Other subjects covered in the cables include the USSR invasion of Afghanistan and the Iranian hostage crisis, which saw 66 Americans taken hostage after 3,000 Iranian students raided the US embassy in Tehran.

This release brings to 3.3 million the number of US diplomatic cables published as part of the WikiLeaks Public Library of US Diplomacy (PLUSD), the world’s largest searchable collection of United States confidential, or formerly confidential, diplomatic communications.