The Parsons Green bombing marks the fourth time Islamic State has claimed terrorist atrocities in the UK, though fortunately this time no lives were lost. On the other three occasions, the victims were not so lucky. 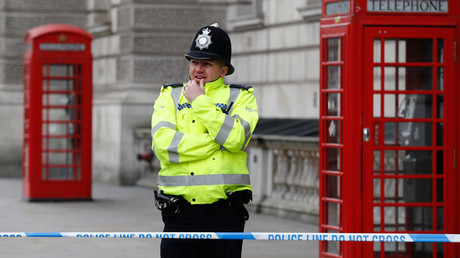 Until 2017, Great Britain had been spared the kind of atrocities which have occurred across the rest of Europe, as well as the US and the Middle East. Even with the Lee Rigby murder and several killings committed by far-right extremists, since the 7/7 bombings in 2005, which killed 56 people, the UK had been relatively peaceful. This year, however, Britain has suffered five major terrorist attacks, four of which have been claimed by Islamic State (IS, formerly ISIS/ISIL).

Six people were killed, including the attacker – radicalized British citizen Khalid Masood – after he ploughed a rented car into a crowd of pedestrians on London’s busy Westminster Bridge, a popular spot for tourists. He then crashed into the railings at the perimeter of Westminster Palace, got out of the car, and proceeded to stab police officer Keith Palmer to death before being shot dead by armed officers outside Parliament, prompting the evacuation of Prime Minister Theresa May, with MPs under lockdown. Victims of the Westminster Bridge attack included British, American, and Romanian citizens. Around 50 people were injured. Later, security services uncovered the final message he sent in WhatsApp, reportedly saying he was waging jihad in revenge for Western military action in the Middle East. The slaughter came on the anniversary of a jihadist attack on the Belgian capital in 2016.

Twenty-two people were killed and 116 were injured in a suicide bombing carried out by Salman Abedi, a 22-year-old British national of Libyan origin. A shrapnel-laden homemade device detonated as people were leaving a concert by American pop star Ariana Grande. The vast majority of those killed or injured were children and their parents who were attending the concert, the youngest of which was Saffie Roussos, 8, from Lancashire.

The number of fatalities made the bombing in Manchester Arena the deadliest attack of its kind in the UK since 2005, when a series of blasts rocked the London public transport network, which left 52 people and four perpetrators dead. One of the survivors of the 2005 attack, Tony Walter, took his life shortly after the atrocity in Manchester, reportedly growing distressed by the string of deadly attacks.

Ariana Grande went back to Manchester in June, visiting survivors in the hospital and headlining a charity concert to raise money for the victims and their families, which included such stars as Robbie Williams, Katy Perry, Miley Cyrus, Coldplay, Justin Bieber, and Pharrell.

A third attack in three months shook the British capital in June, when eight people were killed and 48 others were injured. Three assailants veered a rented van off the road at London Bridge, mowing down pedestrians at high speed. The group, wearing fake suicide belts, then turned to nearby Borough Market, abandoned the vehicle, and went on to stab people at random in pubs and restaurants before being shot dead by armed officers eight minutes after receiving an emergency call.

A number of pub patrons fought back during the attack, throwing bottles and chairs at the terrorists. One of them, 47-year-old football fan Roy Larner, charged at the three machete-wielding assailants yelling “F*** you, I’m Millwall!” Amazingly, Larner survived the ordeal, but had to be treated for multiple stab wounds.

A crudely-constructed improvised explosive device (IED) failed to fully detonate on a crowded passenger train during rush hour in London, killing no one, though 29 people were injured. IS claimed responsibility for the attack through its propaganda wing – Amaq News Agency, saying the group’s ‘detachment’ had carried it out. Police and security services have launched a manhunt, with hundreds of military servicemen deployed to free up police.

The blast saw the terrorism threat level raised from ‘severe’ to ‘critical.’

The attack could have been carried out by domestically radicalized people, former Pentagon official Michael Maloof believes. Speaking to RT, he said that there is anticipation of further attacks in Europe, given the wave of terrorism that has recently hit the region.

“It is not only returning jihadists, but radicalized people who never probably got to the battlefield,” Maloof told RT.

People should go back to daily business, because “if they don’t then, then the terrorists will win,” he said. However, people should stay vigilant and report anything suspicious, as terrorists choose “soft targets” and places with low security to cause maximum damage.

“To see an object sitting in the tube and no one said anything is bizarre to me, given the heightened awareness they should already be exercising. The fact that it was not reported to authorities is troubling,” Maloof said.