A 70-year-old man who spent almost 40 years of his life in prison for murders he didn’t commit has been pardoned by Governor Jerry Brown.

Craig Coley was granted amnesty by Brown Wednesday after recent investigations proved he was wrongly convicted some 39 years ago. Coley’s case was reopened in October 2016 by Simi Valley Police Chief David Livingstone after a retired detective raised concerns about Coley’s guilt. Investigators later determined that a key piece of DNA evidence didn’t belong to Coley.

Coley had always maintained his innocence and police officials now believe the detective who handled his case either “mishandled the investigation or framed” Coley.

Brown ordered Coley’s immediate release, making him the longest serving California prisoner to be granted clemency. In his pardon, Brown described Coley as a “model inmate” and commended “grace” with which he endured his incarceration. 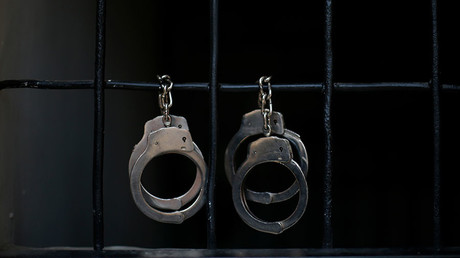 “It is my hope that any and all individuals responsible for the murder of Rhonda and Donald Wicht are brought to justice,” wrote Brown.

Coley was falsely accused and convicted of committing the first double murder the suburban town of Simi Valley had ever seen. Rhonda Wicht, a 24-year-old mother-of-one, was raped, beaten and strangled in her apartment in November 1978, while her four-year-old son, Donald, was smothered in his bed.

Coley, the son of a retired LA policeman and Wicht’s former boyfriend of two years, was an immediate suspect despite having no criminal history.

READ MORE: ‘Miscarriage of justice’: Brothers jailed for murder despite CCTV proving they weren’t even there

Coley was eventually convicted of two counts of first-degree murder and sentenced to life in prison without the possibility of parole following his second trial – the first resulted in a hung jury who couldn’t reach a unanimous decision after four weeks of deliberations.

The case has now been reopened by authorities who are working to find the real killer behind the heinous crimes.

“An innocent woman and a small child were murdered. Craig Coley has spent 39 years in custody for a crime he likely did not commit. The real murderer or murderers have not been brought to justice.”