A woman who conned her female friend into having sex by impersonating a man and using a prosthetic penis during intercourse while her victim was blindfolded has been jailed.

Gayle Newland, 27, of Willaston, Cheshire, created a “disturbingly complex” online persona to achieve her own “bizarre sexual satisfaction,” Manchester Crown Court heard, according to the BBC. 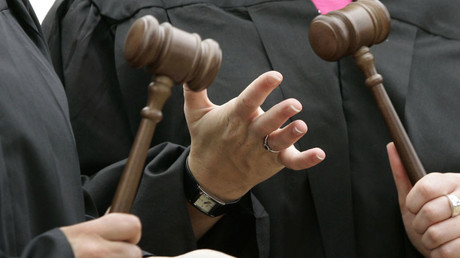 A retrial jury found her guilty of committing sexual assault by using a prosthetic penis without her victim’s consent. She has been jailed for six and a half years.

Newland was originally jailed for eight years in November 2015 after she was convicted of the same offenses. The conviction was later quashed on the grounds that the trial judge’s summing up of the case was not fair and balanced.

Newland and her victim had sex about 10 times over the course of two years before the victim discovered her true identity when she took off her mask during intercourse.

Newland has maintained her innocence, claiming her accuser always knew she was pretending to be a man as they engaged in role playing while struggling with their sexuality.

The court heard the victim was under the impression she was having sex with a man named Kye Fortune, an alter-ego Newland had created on Facebook to ensnare her victim. 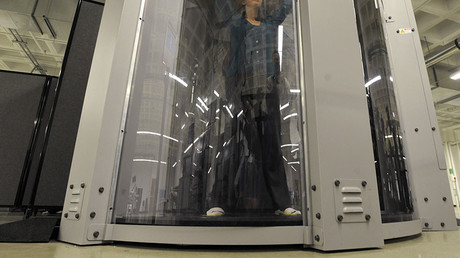 The complainant told the jury that Newland mimicked a man’s voice to speak on the phone a number of times. When they finally decided to meet, Newland, posing as Kye, asked the victim to wear a blindfold, claiming to be insecure about his looks after undergoing brain surgery.

They were said to have spent more than 100 hours together, and their encounters included the complainant wearing a blindfold while they watched television and sunbathed.

The complainant, 25, said during her testimony: “Every time I met up with Kye Fortune, I either had the mask on already or he would wait outside the door and I would put it on. I was so desperate to be loved. It’s pathetic, so desperate for love, so desperate.”

Sentencing Newland on Thursday, Judge David Stockdale QC said the offenses demonstrate “an extraordinary degree of cunning and a chilling desire to manipulate and control the lives of others.”

Newland grabbed hold of the dock’s glass panels and screamed “no” when her sentence was read, according to the Mirror.

The newspaper says she was shaking and crying as she looked up to her family in the public gallery, who shouted words of comfort and blew kisses.