Men who self-identify as women will be eligible for all-women shortlists, Labour has confirmed. It comes days after a party member was suspended for saying he was female on Wednesdays in an attempt to test their ‘self-ID’ policy.

On Monday it was revealed that Labour activist David Lewis was suspended from the party after standing as a women’s officer, claiming he identified as a woman on one day of the week – Wedneday. 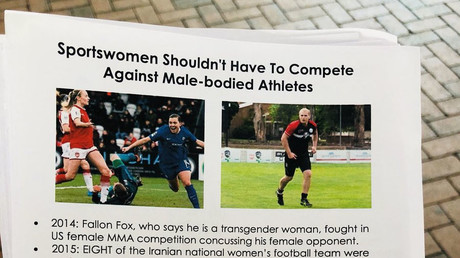 Lewis said that he pulled the stunt to highlight problems with self-identification, arguing that he wanted to “inform the constituency Labour Party, and maybe some other people, about what this policy means, about what happens when you say that someone’s gender depends only on what they say and nothing else.”

On Tuesday, The National Executive Committee (NEC) approved a new statement which clearly states that self-identifying transgender women are eligible in selections. The statement confirms the roles are open to people who were born as a male but now identify as female. It also said they do not need medical certification showing that they have changed gender.

The statement added that there was a “diversity of views on what can be a complex and emotive issue for many members, but discussions within the Labour party should never take the form of abuse or intimidation of anyone.”