A Georgia mother and her friend were arrested by her former husband, a serving cop, over a derogatory Facebook post. In the latest twist of an ex-spousal feud, she’s now suing him in for violating her civil rights.

In 2015 Anne King vented her frustration with ex-husband Capt. Corey King on her private Facebook page after he refused to drop off medicine for their ill son.

She posted that she was “feeling overwhelmed. That moment when everyone in your house has the flu and you ask your kid’s dad to get them (not me) more Motrin and Tylenol and he refuses.”

Her friend Susan Hines responded with a supportive post in which she labelled Corey King a “POS”. The acronym usually signifies ‘Piece of Sh*t’. 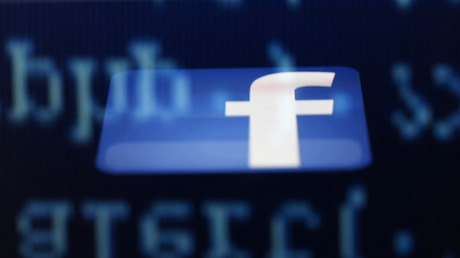 Anne King eventually pulled the post after Corey King, who is  a Washington County deputy sheriff, demanded in a text message that she remove it.

But events soon escalated beyond social media when King, along with fellow law enforcement officer, Capt. Trey Burgamy, obtained an arrest warrant for both his ex and Hines.

Magistrate Judge Ralph Todd ssued an arrest warrant in October 2017 on grounds of criminal defamation of character. The only hitch: the Georgia Supreme Court found the law was unconstitutional in 1982.

Corey King explained in a subsequent deposition that his ex-wife had “embarrassed him” and he had her arrested because he wanted to prevent similar postings. “I don’t feel as though the portrayal of my fatherhood was truthful as what I do for my children and what I have done for my children as long as they have been alive,” he said in a deposition.

King  and Hines were released on bail after the arrest and later the was dismissed by a State Court judge.

The spousal conflict only looks set to intensify because Anne King is now claiming that the actions of her ex-husband and his deputy were unconstitutional. The case will go before a federal judge who will rule on the lawsuit filed by Anne, which argues that the two deputies violated King’s constitutional rights, including her right to free speech.