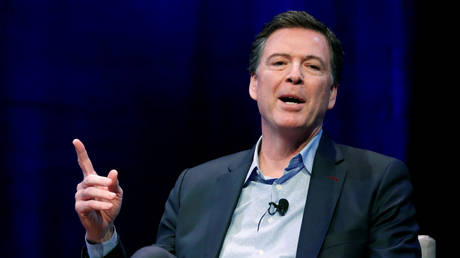 With the Mueller report finished and President Trump cleared of colluding with Russia, the spotlight is now on the FBI leadership that opened the investigation. RT’s Crosstalk guests think the agency has a lot to answer for.

However, constitutional lawyer Alan Dershowitz argued that Mueller should have never been appointed in the first place. “It was a mistake to appoint a special counsel because there was no evidence of a crime,” Dershowitz said. Rather, he argued, Mueller’s appointment by Deputy Attorney General Rod Rosenstein was a knee-jerk reaction to the firing of former FBI Director James Comey.

Mueller’s probe was launched just over a week after Comey was unceremoniously fired in May 2017. Before then, the FBI had been conducting its own investigation into the supposed collusion. That investigation, Dershowitz continued, was based on lies.


A dossier of salacious gossip – gathered by former British spy Christopher Steele on behalf of the Clinton campaign – was presented to the Foreign Intelligence Surveillance Court as evidence to authorize the wiretapping of Trump campaign adviser Carter Page, even though Comey later admitted he knew the dossier was unverifiable.

“I think the FISA court was defrauded,” the lawyer told RT. “You can show information to the FISA court which isn’t particularly compelling, as long as you tell the court what the source is, and alert it to the… conflicts of interest. You cannot provide material to the court, claiming it’s credible, when you yourself know that it lacks credibility.”

There’s a really major problem with this whole episode of ‘Russiagate,’ and it has to do with the use of intelligence agencies against political parties.

This is something Nixon was guilty of, and he was impeached. These are the felonies that are occurring at this level.

Among Republicans, talk of investigating the FBI and Department of Justice has risen above a chatter in recent days. Senate Judiciary Committee Chairman Lindsey Graham (R-South Carolina) told reporters on Monday that he will investigate the FBI’s alleged FISA abuse and subsequent investigation, an investigation that Trump called “an illegal takedown that failed.”

“What makes no sense to me is that all of the abuse by the Department of Justice and the FBI – the unprofessional conduct, the shady behavior – nobody seems to think that’s much important. Well that’s going to change, I hope,” he said.

Senate Majority Leader Mitch McConnell (R-Kentucky) gave Graham his blessing on Tuesday, saying the issue of whether the FBI conspired to hinder Trump’s election is “a legitimate question.”

There’s just too much curiosity and momentum now carrying this. People are going to want to know. [An investigation is] where we’re headed and it’s going to be very interesting.