The New York Times (5/29/18) crafts its headline around a baseless charge from political enemies.

Eight overt white nationalists are running for office in 2018—a new record, according to the Southern Poverty Law Center. Overt fascists, inspired by the rise of President Donald Trump, have found a place both within and just outside the margins of the official Republican Party. Over 20,000 people voted in a GOP primary this past March for former American Nazi Party member Art Jones, making him the Republican candidate for the US House in Illinois’ 3rd District. Patrick Little, who told NBC (5/3/18) that the “monstrous nature of the Jewish people must be known to the public,” ran as a Republican for Sen. Dianne Feinstein’s seat in California, and got more than 50,000 votes.

With the increase on the US right in overt Nazi activity, one might be surprised to see the paper of record (New York Times, 5/29/18) turn its sights not on this disturbing trend, but on progressive candidate Leslie Cockburn, whose criticism of Israel is being cynically exploited by her opponents in the Republican Party—the same party increasingly finding common cause with a host of white nationalists, alt-right and “alt-light” elements.

Let’s begin with the headline, “Democratic Candidate Who Criticized Israel Faces Charges of Antisemitism.” It’s rare for political reporters to let partisan opponents wholly manufacture a controversy, much less frame it, but when it does happen—as it did in January 2016 when the Times let a number of Clinton operatives smear Sanders as a Commie infiltrator (FAIR.org, 5/25/16)—one can be certain it will be against a left-leaning candidate.

The very existence of this piece makes little sense. The only people in the 1,100-word report who think Cockburn is an antisemite are operatives for the Virginia Republican Party, who have an obvious political agenda. Times reporters Thomas Kaplan and Michael Tackett can’t find a single independent or third-party talking head to accuse Cockburn of antisemitism and the very meeting that frames the piece is expressly said by its attendees to not be about antisemitism, but about Israel:

“None of us think she’s antisemitic,” said Sherry Kraft, one of the organizers of the meeting. “That’s not even an issue. It’s more where are you about Israel.”

OK—so the story isn’t about “charges of antisemitism,” it’s about criticism of Israel. The headline—which is the only thing a majority of people will read—ought to have said, “Democratic Candidate Questioned About Criticism of Israel.” Instead, criticism of a Middle Eastern government is sloppily conflated with being racist—an equation advanced by the story’s claim that “Mr. Trump has used his Middle East policies to try to drive a wedge between Jewish voters and the Democratic Party.”

In fact, Trump’s signature Mideast policy—the unilateral move of the US embassy in Israel from Tel Aviv to Jerusalem—is deeply unpopular with Jews in the United States (Washington Post, 12/22/17), and is much more accurately described as a policy aimed at appealing to white Christian Evangelicals.

The Times story reports that a book about Israeli intelligence that Cockburn co-wrote with her husband Andrew Cockburn 27 years ago was “panned in several reviews as an inflammatory screed.” It doesn’t mention that the book, Dangerous Liaison: The Inside Story of the US/Israeli Covert Relationship, was also praised, for example, by Kirkus (6/1/91), the standard book review reference, as

a critical, impressively researched history of US/Israeli relations…an unflinching, fact-packed, closely reasoned exploration of our relations with our strongest ally in the Middle East.

The only review quoted by the Times is from the Times itself, in which David Schoenbaum (8/18/91) said that the book was “largely dedicated to Israel-bashing for its own sake.” Not quoted is the passage most relevant to the GOP’s charge of antisemitism, in which Schoenbaum wrote:

Unlike other Israel-bashing volumes, this one at least acknowledges the long shadow of the Holocaust, as well as Stalinist antisemitism, Syrian hysteria, Egyptian and Iraqi poison gas, and Palestinian unloveliness.

The party with the most stake in whether or not Cockburn hates Jews—the Jewish constituents in her district—don’t appear to think she hates them, or any other Jews. The only sources making this claim are those charged with defeating her in the November election: the Virginia Republican Party.

Lumping left-wing criticism of Israel with antisemitism is a go-to tactic by Israel’s defenders, and one done so frequently it wouldn’t merit mention if it weren’t so potentially damaging. Why, one is compelled to ask, would the Times let Republicans totally frame a “debate” that is so razor thin they couldn’t find anyone not on the GOP payroll to take the affirmative position? 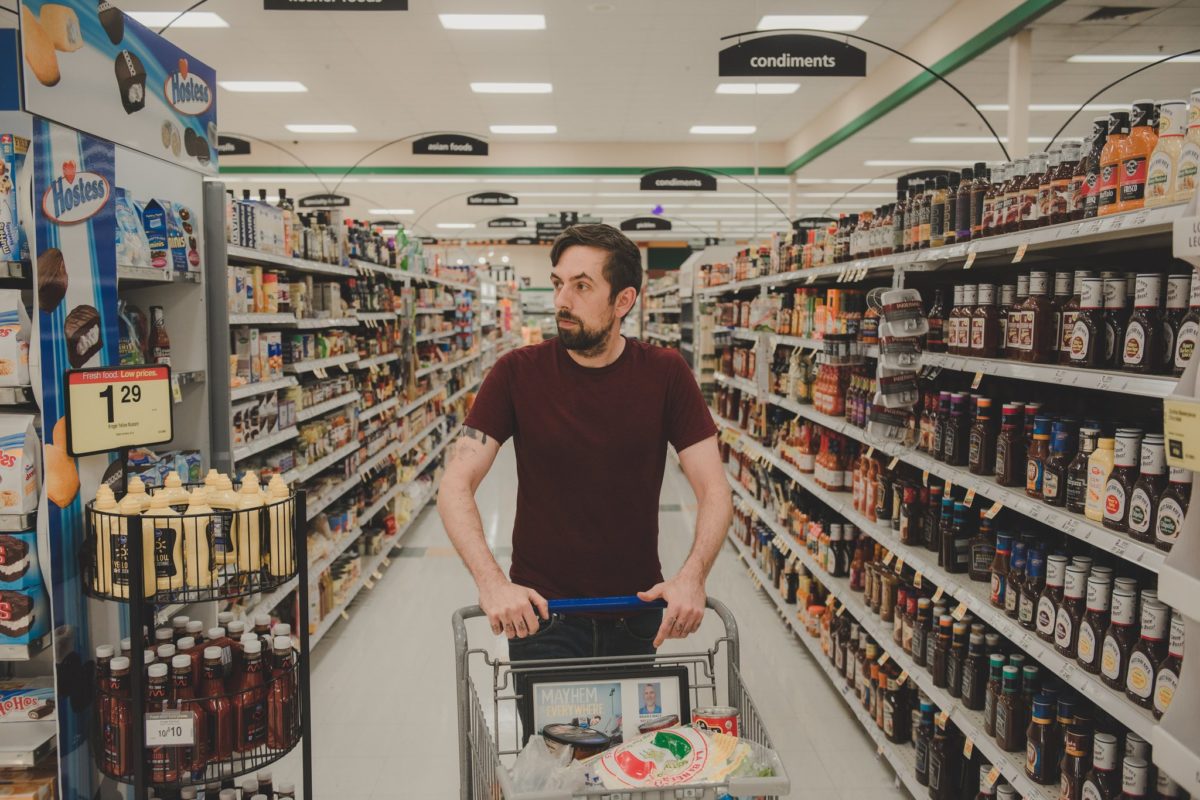 The New York Times profile (11/25/18) of a neo-Nazi featured an image of him shopping for barbecue sauce.

The New York Times was much more polite when it did a glossy profile (11/25/18) on an actual, literal Nazi in November last year—a piece widely criticized for providing softball coverage of rising white nationalism.

The Times has covered actual Nazis running for Congress (2/7/18, 3/20/18), but these are candidates who identify as Nazis, wear the label with pride, and almost certainly appreciate the national coverage. The Times even threw in a CYA line about “openly anti-Semitic candidates in Wisconsin, Illinois and California running office as Republicans” in this piece, but this just raises the question: Why aren’t we framing entire articles around this threat? Why indulge partisan speculation and dredge up books from three decades ago when there’s candidates wearing signs around their necks saying, “I’m a Nazi and I hate Jews, vote for me”?

Nor has the Times given any “mainstream” Republican candidates the same type of tea leaf–reading, “some say” interrogation they’re giving to Cockburn. They have yet to publish anything wondering if Paul Gosar of Arizona, who shared a Jew-baiting theory that George Soros manufactured last August’s Charlottesville attack, is an antisemite. Nothing centering Wisconsin Republican congressional candidate Paul Nehlen’s very real and overt antisemitism, simply passive mentions here and there.

There are real, honest-to-god racists in our midst, and they come almost entirely from the right. This likely explains why those running the GOP messaging machine would be so quick to label others’ antisemitic, a sleazy deflection tactic one would expect from a party increasingly associated with white nationalism. What one wouldn’t expect—or at least shouldn’t have to—is that the most influential paper in the English-speaking world would assist such an obvious and cynical smear.