The newly announced Foxconn LCD screen plant in Wisconsin that has been promised will create 13,000 jobs may not deliver, as a nonpartisan audit of the state agency charged with tallying the jobs has a history of mistakes.

Foxconn, a Taiwanese company, is slated to receive $1.5 billion in state payroll tax credits in exchange for meeting standards laid out for job creation. But a May audit by the nonpartisan Legislative Audit Bureau showed that the Wisconsin Economic Development Corporation (WEDC) did not independently verify the jobs numbers claimed by past recipients of tax credits, according to Reuters. 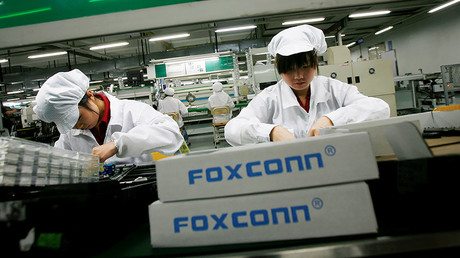 Auditors revealed the agency didn’t penalize companies, despite them being aware they didn’t meet the established targets in their contracts. The WEDC allowed one unidentified business to keep $1.4 million in tax credits following a report that the business missed job creation quotas.

The audit shows that they forgave loans to two businesses in the amount of a combined $1 million after both missed job targets, auditors revealed. The WEDC also posted jobs figures online that appeared to be inaccurate.

Previous reports by the auditor on the WEDC revealed in 2013 and 2015, they also exhibited similar shortcomings.

Since 1976, state and local governments have given at least $105 billion in tax subsidies in exchange for corporate headquarter relocations and plant expansions, along with other developments, according to watchdog group Good Jobs First, Reuters reported.

Critics of the state-supplied subsidies say that they often fail to produce the economic growth and jobs that are promised.

“WEDC cannot be certain about the numbers of jobs created or retained as a result of its awards,” Joe Chrisman, the state’s auditor, said.

The agency responded to the inconsistent history outlined in the recent audit.

The WEDC plans to hire more staff who will in turn help manage the Foxconn project and is “committed to providing the highest level of transparency, accountability and accuracy in all of its awards,” said Mark Maley, a spokesman for the public-private company.

“The thing that is missing is if they don’t live up to the job creation on a short-term basis and hit the benchmarks moving out from there,” State Senate Majority Leader Scott Fitzgerald (R-Wisconsin), told WISN-AM in Milwaukee, Reuters reported.

Unnamed lawmakers in Wisconsin became skeptical of the whole Foxconn deal when the audit revealed that it will take the state of Wisconsin 25 years to break even on its tax break, disregarding whether Foxconn creates the estimated 13,000 jobs, Reuters reported.

READ MORE: Toyota to build $1.6bn US plant, shift some production from Mexico

Foxconn told Reuters that their Wisconsin project is expected to create “tens of thousands” of jobs in Wisconsin, but they declined to give an exact figure.

Under the current deal with Wisconsin, Foxconn would earn a $1.35 billion construction credit and also benefit from $139 million in sales tax exemptions and $252 million in nearby highway improvements, even if they don’t meet their target for job creation.

The only thing that could drop if Foxconn doesn’t meet it’s job creation quota is the projected $1.5 billion in payroll tax credits. This would also push Wisconsin “well past” the projected 25 years it would have taken the state to break even on its tax break, the report found.

The WEDC was formed in 2011, as Governor Scott Walker (R-Wisconsin) started a push in the state to create more jobs. The governor also helped negotiate the deal with Foxconn.

The deal to secure the Foxconn plant in Wisconsin was announced in late July and celebrated by President Donald Trump. It is one of the largest economic development agreements in US history, Reuters reported.