Los Angeles, California has been awarded the 2028 Olympic Summer games. In order to finance the mega-sporting event, the city has a budget they claim will be profitable, using existing venues and private capital investments.

After three weeks of negotiations, the International Olympic Committee (IOC) announced its intention for Los Angeles to host the Olympic Games and Paralympic Games 2028, giving Paris, France, the nod for the 2024 summer games.

“Los Angeles presented an excellent candidature that embraces the Olympic Agenda 2020 sustainability priorities by maximising the use of existing facilities and encouraging the engagement of more youth in the Olympic Movement,” IOC President Thomas Bach said in a statement.

Under the terms of the Host City Contract 2028, the IOC has agreed to contribute $1.8 billion to the Los Angeles Organising Committee of the Olympic Games (OCOG) “in order to assist them in the planning, organising, financing and staging of the Games.” The IOC will advance some of the funds to the OCOG in order to increase participation and access to youth sports programs in the years leading up to the games. 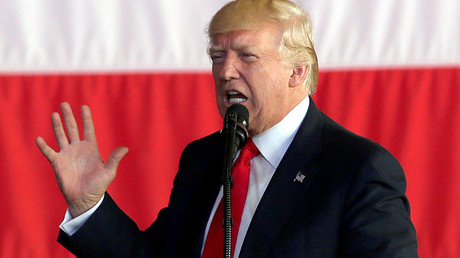 According to evaluations from the Los Angeles Olympic and Paralympic bid committee (LA 2028), the contribution from the IOC has the potential to exceed $2 billion when taking into account the estimated value of existing sponsorship agreements to be renewed and potential new marketing deals.

Los Angeles Mayor Eric Garcetti, who spearheaded the effort to bring the games to his city, called the agreement with the IOC “a major step toward bringing the Games back to our city for the first time in a generation and begin a new chapter in Los Angeles’ timeless Olympic story.”

“LA 2028 will kick-start our drive to make LA the healthiest city in America, by making youth sports more affordable and accessible than ever before,” Garcetti said, according to the US Olympic team.

The organizing committee has already laid out a plan for the games, with a map of each location where different sport codes could potentially be hosted, dates on which it could happen, and potential changes the city could make in order to facilitate the games.

On the LA 2028 website, the committee said they anticipate the federal government will lead security for the games. They also said they expect to be designated a National Special Security Event (NSSE), which would mean the United States Secret Service would become the lead federal agency in charge of the event, with the FBI leading intelligence and counter-terrorism efforts and FEMA leading incident management response management efforts.

Although the LA bid committee has reached an agreement with the IOC for the 2028 games, the Los Angeles City Council and the US Olympic Committee Board of Directors also need to approve it.

The tripartite agreement between the IOC, Los Angeles and Paris will not be finalized until September 13 when the games will officially be awarded at the 131st IOC Session in Lima, Peru.

“We are very confident that we can reach a tripartite agreement under the leadership of the IOC with LA and Paris in August, creating a win-win-win situation for all three partners,” Bach said in a statement.

Earlier this month, the IOC simultaneously announced Paris and LA would be awarded the 2024 and 2028 Summer Olympic games, without specifying which year the cities would host. LA was expected to be awarded the 2028 games, because Paris had pushed back against waiting another four years.

Last time the Olympics were held in LA, the city turned a profit, which it has used to create the LA84 Foundation, a non-profit organization that funds grants and programs to make sports accessible to all children in southern California. The organization claims to reach more than 30,000 youths annually.

Musk’s plan for a network of tunnels under major cities and eradicate traffic has gotten underway in Los Angeles https://t.co/Ap8TD30wfq

The committee claims that the OCOG will compensate the city for all incremental costs and obligations related to the games in order to create “a fiscally responsible and profitable Games that includes multiple protections against any potential cost overruns.”

In order to save on costs, the city claims that 95 percent of the venues in the plan “either exist today, are planned by private third parties, or will be temporary venues, with only one new permanent facility expected to be constructed from the ground up.” Refurbishment and upgrades will be included in a non-OCOG budget, which will be financed by the private sector.

Los Angeles will also have flexibility in selling domestic sponsorships in any categories that have not been claimed they the IOC’s international corporate partners.