Gavin Williamson has defied Theresa May by declaring Britain will always be a ‘tier one’ military power, during a visit to Washington where he will hold talks with US Secretary of Defense James Mattis.

Williamson addressed the Atlantic Council think tank in Washington DC, talking up the so-called UK-US special relationship. “The United States has never had nor will have a more reliable ally than Great Britain. Others may pretend – but you will find no greater ally than us,” he said. 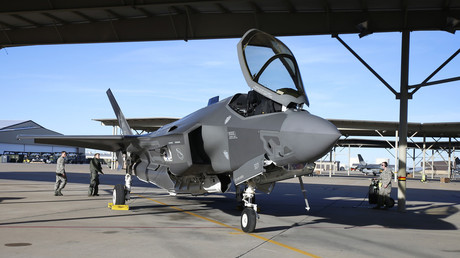 He hailed the British military’s “willingness to operate where others cannot or will not go” and talked up the ability of the UK’s special forces and cyber operations.

Williamson’s confidence will come as news to Lord General Nick Houghton, Britain’s former Chief of Defence Staff, who warned in June that the UK was “living a lie” over it’s unaffordable defense program.

US President Donald Trump’s pressure on NATO members to increase spending to 2% of their respective GDP was hailed by Williamson, stating: “Alongside the US, the UK has been pressing for the alliance to do more, to pay its way. We are now seeing the results. Last year saw NATO’s biggest spending increase in 25 years.”

The minister didn’t address accusations that Britain only reaches Trump’s target by including military pensions in their budget.

Williamson’s comments are the latest example of his public campaign for more funds, a strategy that is heaping pressure on the already-embattled prime minister. Facing a shortage of up to £20.5 billion, Williamson has argued for months that Britain needs to increase defence spending.

In June, during a joint press conference with NATO chief Jens Stoltenberg, May refused to explicitly say whether the UK would remain a tier-one power. Her refusal to commit came amid a spat between Chancellor Philip Hammond and the Defence Minister.

Williamson, who was widely credited with being May’s behind-the-scenes power broker when she unexpectedly ascended to the top job, has increasingly turned against his boss. In June, Williamson allegedly boasted ‘I made her – and I can break her,’ after it was announced that the NHS, rather than the Ministry of Defence, will receive £20 billion a year.