Defense Secretary Gavin Williamson is facing accusations that he could accept political favors from Number 10 in exchange for backing what has been branded a “cretinous” post-Brexit customs plan.

Williamson is reportedly flirting with Brexiteers and their plan to stop the PM’s ‘customs partnership.’ Will Williamson go against Prime Minister Theresa May, who only recently promoted him to his defense brief?

A Whitehall source cited by The Guardian said Williamson is being pressured to throw support behind May and break a cabinet deadlock over a post-Brexit customs partnership plan. 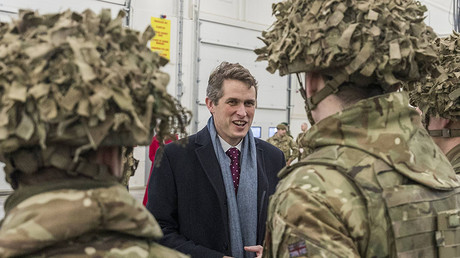 Brexit negotiations within the cabinet have momentarily stalled with the PM reportedly falling short of a majority backing for her favored Brexit plan; a customs partnership. The plan, which Tory backbencher Jacob Rees-Mogg branded “cretinous,” would see the UK collecting tariffs on the EU’s behalf.

Staunch Brexiteers, however, are resolved to oppose it, fearing its approval will mean that the UK remains in the EU in all but name.

The cabinet held a two-and-a-half-hour cabinet meeting on Wednesday, during which they failed to reach any agreement. The government has become unbalanced following the resignation of Europhile Home Secretary Amber Rudd, and the following appointment of Sajid Javid, who – despite voting remain – has now backed the Euroskeptic opposition. It is understood that six of the 10 members attending the cabinet meeting spoke out against the plans.

During the meeting, Williamson, May’s former chief whip, reportedly expressed the least opposition to the plans. Number 10 is now looking to win his support over through more than dubious means. “They’ll call him in and try to promise him something; they’ll ask him what his price is,” one Whitehall source told The Guardian.

An ally of Williamson said: “Gavin will look at the options and do what he believes is the right thing for Britain.”

Upon his promotion by May, the defense secretary faced accusations of being calculating, using his former role as chief whip to gain a place in the cabinet. Now, the ambitious Williamson must make a decision: remain loyal to an old ally or turn his back on her go with the increasingly powerful Brexiteers.