With the White House asking Congress for a renewed and unrestricted Authorization for Use of Military Force, author and journalist Max Blumenthal wonders whether US lawmakers would give President Trump authority to annihilate North Korea.

On Monday, State Secretary Rex Tillerson and Defense Secretary James Mattis testified before the Senate Foreign Relations Committee on the scope of US deployments in Africa and its legal justification. The debate was sparked by the death in early October of four US troops in Niger. The fact that US had hundreds of soldiers deployed to the Western African nation came as a surprise to the American public and even to some legislators like hawkish Senator Lindsay Graham. 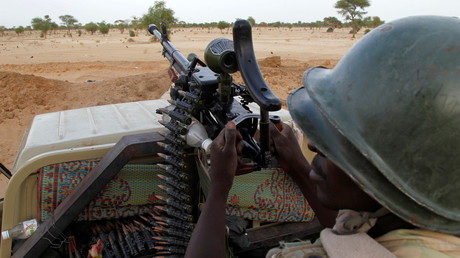 The African deployments are taking place under the auspices of the Authorization for Use of Military Force (AUMF) of 2001, an act that allows the US government to use military force against perpetrators of the September 11 terrorist attack and “associated forces.” Over the years, the legislation has been used by the Pentagon to go after militant groups throughout the world, including some that didn’t even exist in 2001.

After the Niger incident, some lawmakers like Sen. Tim Kaine argued that the AUMF should be reviewed and replaced with a law that would reinforce the authority of Congress to allow America to go to war. This authority, he said, had been usurped by the executive branch. During the hearings, the two secretaries argued that a new AUMF should have no restrictions in terms of geography or time – which would essentially reinforce perpetual ‘war against terror,’ Blumenthal told RT.

“Representative Barbara Lee, who was the lone voice of dissent in the House, has been completely vindicated in all of her warnings that [the AUMF] had no geographic limit or timetable and was essentially a receipt for a forever war that would lead the US to have ground troops in places that even members of the Congress were not aware of,” he said.

He added that a new AUMF may stretch even further and be used by the Trump administration to take military action against not only non-state actors but also nations, particularly North Korea. During the Senate hearing, Tillerson acknowledged that at the moment the White House was not authorized to go to war against Pyongyang, unless there was an imminent threat to America posed by it.

“We have to ask whether the language will restrain Trump on North Korea, where he has essentially threatened a nuclear war, where Defense Secretary Mattis has threatened the extermination of North Korea’s people. Will the Congress apply some breaks on North Korea and strictly limit this new AUMF to strictly ISIS, Al-Qaeda and the Taliban?” Blumenthal asked.

Responding to the concerns on RT panel, political journalist Neil McCabe argued that restricting Trump on North Korea would be unwise, considering the threats coming from Pyongyang.

“If North Korea is about to launch a nuclear attack, I don’t want to wait for a joint session of Congress and for committee hearings or whatever else people want to drag us into,” he said. “Certainly, the political opponents of President Trump are making the case that somehow he cannot be trusted. But he is the president. There was a campaign. He was elected. He is the man to do the job. And I have tremendous faith and confidence in his ability to defend us.” 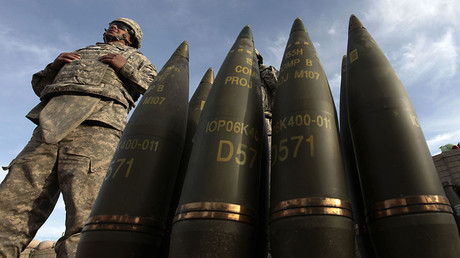 McCabe believes that many members of Congress would prefer not to exercise their war-authorization powers and limit it to tacit approval through appropriation of funds.

“Congressmen and senators, when something goes wrong, the first thing they say is ‘I was never told.’ And then later on, you find out that they were at hearings and they were told,” he said, apparently referring to Senator Graham’s remarks.

“Throughout American history, the US military has been involved in extended conflicts. We were involved in the Philippines fighting an insurgency for 16 years that ended just before World War I. The US Army fought the Seminole Indians in Florida for 30 years! And there was need to reauthorize that because as long as the Congress authorizes the money, then the war or whatever military action is happening is legal,” he added.

While Blumenthal and McCabe disagreed on whether the use of the AUMF to justify foreign deployment is legal, they agreed that more debate should take place in the US on whether such deployments should happen at all.

“A lot of funds for these covert and semi-covert wars, or, for example, the arming and training of Salafi and jihadi groups in Syria, go through the House’s Appropriation Committee’s ‘black budget.’ There is never any debate about it and the American public is being left completely in the dark,” Blumenthal said.

The US currently has some 6,000 troops deployed in Africa. The majority of them are stationed in Djibouti, but some 2,000 are spread throughout the continent for little-known missions. The Pentagon says increasing its Africa footprint is part of a global strategy to “put pressure” on terrorist groups whenever they are.