The rift between Downing Street and the Treasury seems to be deepening as Prime Minister Theresa May on Wednesday failed to guarantee Chancellor Philip Hammond would hold on to his job following the general election.

At a joint press conference in Canary Wharf, the two most senior British government officials denied reports of a split between No. 10 and No. 11 over economic pledges, with Hammond claiming they are just “media tittle tattle.”

Although admitting he has occasionally sworn at the PM’s team, he said he works “extremely well and closely” with them.

Although the PM said she is “very happy” to “endorse” the chancellor, she twice refused to say whether or not Hammond would be shown the door if the Conservatives are re-elected next month.

Asked by BBC political editor Laura Kuenssberg whether the two would “still be neighbors,” May said: “I think it’s true to say that the chancellor and I, and every other member of my team, are focused on June 8.

“We’ve worked together over the years for many years, longer than we could care to identify,” she added.

“That’s an age-related comment, nothing else, just in case you try and relate anything into that.”

The comments follow reports by the Times last week claiming the chancellor has lost the PM’s trust and that he would be replaced by Home Secretary Amber Rudd if the Tories return to power.

Times columnist Iain Martin wrote last Thursday of “Rumours that Philip Hammond has irretrievably lost the confidence of the prime minister and will be replaced next month by the home secretary, Amber Rudd, making her the first female chancellor.”

This was backed by Financial Times political editor Sebastian Payne, who said he had also heard rumors of the PM “definitely considering sacking Hammond.”

I’ve heard this too. Team May definitely considering sacking Hammond after the election + keen on 1st female chancellor. Rudd one to watch https://t.co/5Wo1u17NE2

Downing Street and the Treasury seem to have found themselves at odds ever since Hammond broke a 2015 Conservative manifesto pledge to not raise national insurance for the self-employed.

According to the Times, tensions rose after the chancellor forced May to backtrack on her pledge not to raise income tax, VAT and national insurance a few days after she called the June 8 vote. 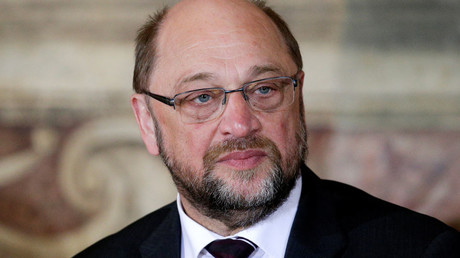 The paper reports that the relationship between Downing Street and the Treasury is “increasingly stained.” One of May’s top aides, Nick Timothy, was said to be “incandescent” over briefings, blamed on Hammond’s aides, that he is “economically illiterate.”

The chief of staff was already said to be fuming over the chancellor’s intent to water down May’s plan to launch more free schools.

The conflict first came to light when the chancellor spoke to journalists in Washington last month and criticized former PM David Cameron for not raising the main rates of tax.

Hinting that the tax lock pledge would be scrapped in the next manifesto, Hammond said, “it is self-evidently clear that the commitments that were made in the 2015 manifesto did, and do today, constrain the ability of the government to manage the economy flexibly.”

Downing Street responded with a lot of “swearing and angry phone calls,” a source revealed to the Times.

However, in a sign of retreat the chancellor then stressed the manifesto was yet to be completed.

“But what we put in the manifesto will be decided in the next few days.”