President Donald Trump often says that he is the US military’s biggest fan. On more than one occasion, though, his announcements have caught the Pentagon off-guard, from the ban on transgender troops to setting up the Space Force.

Declaring that mere presence in space was not enough and that American dominance was required, Trump directed the Joint Chiefs of Staff in June to begin preparations for making the Space Force a “separate but equal” branch of the US military, alongside the Army, Air Force, Navy, Marines, and Coast Guard.

There was no funding for the new branch in the 2019 National Defense Authorization Act, however. “We have not yet begun,” Defense Secretary James Mattis said recently when asked about the progress on setting up the new branch, reminding reporters that it would require an act of Congress. 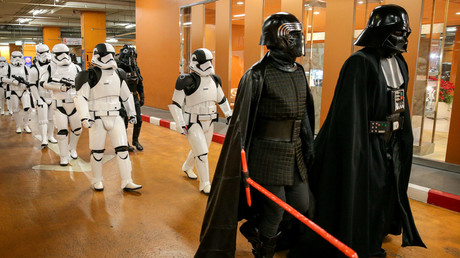 Trump has indeed boosted the levels of funding for the military, with a record $716 billion authorization for the fiscal year 2019. He doesn’t seem keen to spend that money on foreign wars, however, rejecting calls for US presence in Libya and even announcing a withdrawal from Syria – to the horror of generals and media alike.

“We’re coming out of Syria very soon. Let the other people take care of it now,”Trump said during a speech in Ohio on March 29, dedicated to his infrastructure initiative.

The only reason US troops were in Syria to begin with was to fight against Islamic State (IS, formerly ISIS/ISIL), Trump said during a press conference with the prime minister of Australia in February.

“We’re there for one reason: to get ISIS and get rid of ISIS, and to go home,” Trump said. “We’re not there for any other reason and we’ve largely accomplished our goal.”

The Pentagon responded by feigning ignorance, with spokeswoman Dana White saying she’d “heard rumors of people talking about withdrawal” and that there was still much to do in Syria.

By mid-April, French President Emmanuel Macron was saying he had convinced Trump that it was “necessary to stay for the long-term” in Syria.

A wall (of troops) on the Mexican border

On April 5, Trump announced that he would be sending the military to the border with Mexico, citing the danger of drug cartels, smugglers and a migrant caravan making its way north from Central America.

“Until we can have a wall and proper security, we’re going to be guarding our border with the military. That’s a big step!” he said during a press conference with the leaders of the Baltic states. 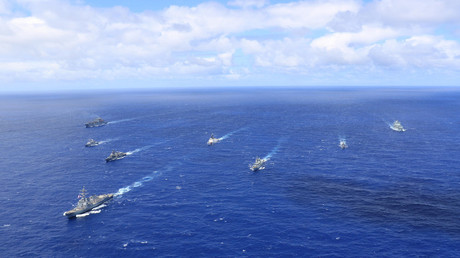 The announcement was welcomed by governors of some border states, but rejected by the Democrat governor of California, who demanded the troops have nothing to do with enforcing immigration laws. Several Democrat governors have also refused to send their National Guard troops to the border.

Exactly how many troops ended up substituting for the yet-unbuilt border wall, and for how long, the Pentagon never actually said.

In July 2017, Trump tweeted that he would be reversing the Obama administration policy announced the year prior that would let transgender persons serve in the military. The Pentagon said the new policy was not yet official, leading to media reports that Mattis was “defying” Trump. In October, a federal judge blocked the policy change from taking effect.

By March this year, however, Mattis had authored a policy memo advocating against transgender service members, and Trump approved it. The issue will most likely be resolved in court.

Part of the apparent disconnect stems from the fact that Trump’s management style is different from other presidents, former Pentagon official Michael Maloof told RT. While Trump will listen to advice from his cabinet members, the final decision will always be his own.

“He makes the ultimate decisions,” Maloof said. “That doesn’t necessarily mean he’s consulted with anybody.”