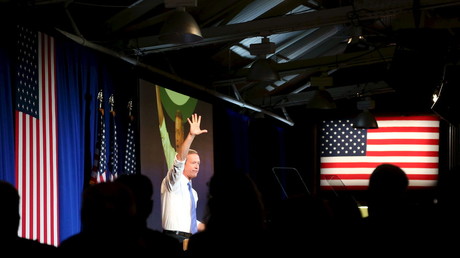 A linguistic study of speeches by US presidential candidates found that white Democrats tend to use less complex words when speaking to racial minority groups, while Republicans don’t. Undergrad students showed the same tendency.

The study, led by Cydney Dupree, assistant professor of organizational behavior at Yale SOM, focused on the self-presentation of white people when interacting with racial minorities like blacks or Latinos and how it is affected by the white individuals’ social conservatism or liberalism.

The authors posited that white liberals would tend to speak to minorities in a somewhat patronizing way, playing to the stereotype that people of color are less competent than whites, in an attempt to downplay their status and better connect with their audience, while white conservatives would not.

The analysis showed that Democrats used significantly fewer competence-related words when speaking to minority audiences compared to white audiences. For Republicans, the difference was also present, but it was statistically insignificant.

The researchers then conducted a number of tests on undergraduate students recruited via email by Princeton University’s Survey Research Center. The participants were given tasks like selecting words from a list for an email addressed to a book club secretary, who was named either Emily or Lakisha – stereotypically white and black names. Their social stance on the conservative-liberal scale was measured, too.

White students identified as ‘liberal’ tended to choose simpler words when addressing a hypothetically black person, while conservatives did not. “It was kind of an unpleasant surprise to see this subtle but persistent effect,” Dupree told Yale Insights. “Even if it’s ultimately well-intentioned, it could be seen as patronizing.”

The study does not make clear if this racial bias can be seen in situations in which a person of color is unquestionably highly competent, for example, in interactions between corporate executives. Members of the general US white population, who may be less self-conscious than politicians and university students, may have different behavior as well.