Ex-UKIP chief Nigel Farage’s right-hand woman has defected to the Tories after Prime Minister Theresa May’s apparent commitment to deliver Brexit made her question the purpose of UKIP.

Alexandra Phillips, who was once Farage’s closest aide and headed the party’s media relations for three years, told the BBC Radio 4 Today program that UKIP had “disintegrated” after the European Union membership referendum took place. She has since joined the Conservatives, where she argues many of her one-time fellow Ukippers are now active too. 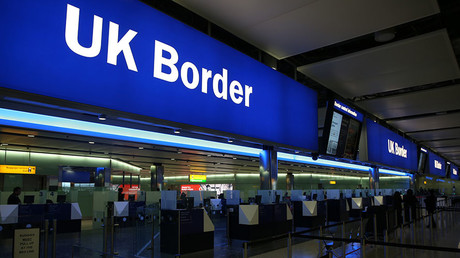 “What I want to see happen politically in Britain, UKIP are no longer the party that is going to do that,” Phillips said. She added that under the leadership of the new prime minister all the key policies in UKIP’s 2015 election manifesto were delivered in a “matter of months.”

“I am extremely impressed by Mrs May’s conviction when it comes to selective education. I am currently reassured by what she is saying about Brexit. I hope that in 2020 [the Conservatives] get to extend their majority so it would be easier to have these things make an easy passage through Parliament.”

Phillips’ comments came ahead of Friday’s announcement of UKIP’s new leader. Five people are hoping to fill Farage’s shoes, among whom is the party’s co-deputy chair, leadership favorite Diane James.

“There are far too many schisms and divisions which I think at this point are irreparable,” Phillips went on.

“There are so many factions in UKIP it becomes a Venn diagram, almost, where my enemy’s enemy is my friend.

“Part of Nigel stepping down was because a lot of things had ground to a halt. Being able to keep the machine oiled and functioning in terms of co-operating and working with the National Executive Committee had all dried up.

“I think Nigel eventually just threw his hands up and went, ‘Well, what’s the point?’”

Farage stays put, but not everyone agrees

UKIP’s most famous face also used the hours ahead of the party’s new leadership announcement to reiterate that while he will be supporting the winner of the race, he is “not going away.”

Drawing comparisons with former Conservative leader David Cameron, who this week announced he was throwing in the towel and leaving the House of Commons, Farage insisted he was staying in the political arena despite having “done my bit” for UKIP.

“I’m not retiring, I’m not going away. I will support whoever the next leader is. But I will also, for the first time in years, have a bit of a life as well,” he told ITV’s Good Morning Britain.

In her tell-all interview with the BBC, Farage’s ex-aide Phillips recounted how the one-time UKIP chief had spent his final months at the helm of the party “trying to relive his days of the 1980s in the City,” surrounded by “lads” and drinking.

And outgoing deputy leader Paul Nuttall seems to think Farage should go into retirement soon, arguing no one should “back-seat drive” the party. In a series of comments that echoed Phillips’ own, Nuttall warned of UKIP’s divisions and stagnation since the Brexit vote.

“UKIP has not been a happy camp for over a year,” Nuttall said on the first day of UKIP’s annual party conference in Bournemouth.

“And the animosity has spilt over in the media. No one has emerged from this with their head held high.

“At the present moment the party resembles a jigsaw that has been emptied on to the floor. The new leader must put it back together.”

In the running along with Diane James, who recently remarked she would not be “Nigel-like or Nigel-lite” if elected, are Ramsey councilor Lisa Duffy, West Midlands MEP Bill Etheridge, Elizabeth Jones and Philip Broughton. The leadership hopefuls will learn their fate on Friday afternoon.