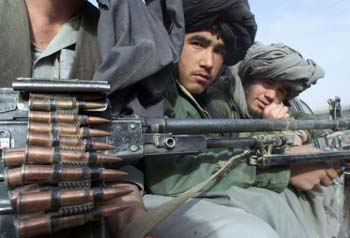 It’s time to think about the likely future of poor Afghanistan. It isn’t terribly bright, but we have to, so the sooner, the better.

There are probably still a few neocons dreaming of a happy puppet state emerging from the shambles. The “grand strategy” was laid out by PNAC (Project for a New American Century) in 2000, calling for the US to maintain its unrivaled superpower status. This required a “new Pearl Harbor” to justify launching preemptive wars against suspect nations (after Afghanistan, Iraq, Syria, Lebanon, Somalia, Libya, Sudan, Iran and Yemen).

This Pearl Harbor II just happened to come along a year later, prompting Bush II to coin “the Axis of evil” to include Iran, Iraq, North Korea, and “Beyond the Axis of Evil” to include Cuba, Libya, and Syria. The plan was to bring all these countries under US hegemony by installing western-friendly regimes under a patina of electoral democracy.

A skeptic might point out that none of these countries is any friendlier to the US twenty years later. There have been drastic changes, but so far only for the worse. That skeptic would point out that, in fact, the US has had a very spotty military record since WWII, which it ‘won’ in Europe only after the Soviet army had subdued the Nazis, and against Japan only by using the first (and hopefully last) weapon of mass destruction on a massive scale, leveling two cities and killing 200,000…