A truth about movements is, they move. They morph, evolve and move around a country or even around the globe. This occurs over months and often over years.

The Yellow Vest (Gilets Jaunes) movement in France is having a major impact and gaining international attention, already spreading to other nations, with some nations like Egypt banning the sale of yellow vests to prevent the protest from spreading there. The movement is showing that disrupting business-as-usual gets results. Will it come to the United States? What form would it take here? What could spark the equivalent of the Yellow Vests in the US? 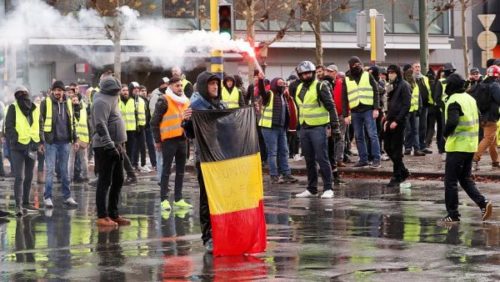 It is common for a protest to develop in one part of the world and move to another country. This is even more common in modern times as the economy has become globalized and communication across different countries has become easier.

The US revolution against Great Britain was part of the Age of Enlightenment, which questioned traditional…