Labour has urged lawmakers to defeat the PM’s Brexit plans by backing a proposal to stay in the single market. Labour’s softer approach has been dubbed ‘cakeism’ – having one’s cake and eating it too in Brexit negotiations.

Labour’s Brexit policy chief Keir Starmer has been accused of ‘cakeism’ for wanting the benefits of EU membership while still leaving the union, in what is seen as a softening of Labour’s approach. The Holborn and St Pancras MP pushed back at the accusation, stating that the Labour Party will only accept a Brexit deal that delivers the benefits of the single market, while protecting jobs and living standards.

“Labour’s amendment, along with a commitment to negotiate a new comprehensive customs union with the EU, is a strong and balanced package that would retain the benefits of the single market,” he added. “Parliament should have the opportunity to debate and vote on it.”

On Tuesday’s BBC Radio 4’s Today program, Starmer reiterated that Labour was proposing a “strong economic package” for Brexit, before serving up an early-morning cocktail of metaphors, stating that accusations of “cakeism” on internal market reforms should be “taken with a pinch of salt.” 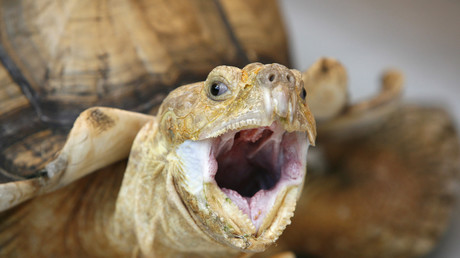 In a bold Brexit move, the Labour Party is now backing “full access to the internal market of the European Union, underpinned by shared institutions and regulations.” By adding their amendment to the EU withdrawal bill, Labour is slamming the single market back at the center of the debate. The move also challenges many of its own lawmakers, who want Britain to have a strengthened relationship with the European Union and stay within its European Economic Area (EEA).

Labour’s repositioning comes at a crucial time for May, 10 months before Britain exits the union, UK PM Theresa May is still struggling to unite the Conservative Party and government over a Brexit strategy. The British leader is currently entangled in a face-off with parliament, where some erstwhile allies are determined to force her back on promises to leave the bloc’s single market and customs union.

The amendment to the EU withdrawal bill calls on the government to negotiate access to the EU’s single market, to keep common minimum standards, rights and protections, to share joint institutions and regulations, and ensure that there are no new impediments to trade.

While Labour’s change in tune might look like a softening of the opposition’s position, it falls short of membership of the single market that many Labour figures have pushed for after the House of Lords backed a Norway-type membership of the EEA.

“This is about peeling people away from the EEA amendment rather than a big change [in] position,” one Labour MP told PoliticsHome.