Janine Jackson interview Dahr Jamail about melting Antarctic ice for the April 27, 2018, episode of CounterSpin. This is a lightly edited transcript. 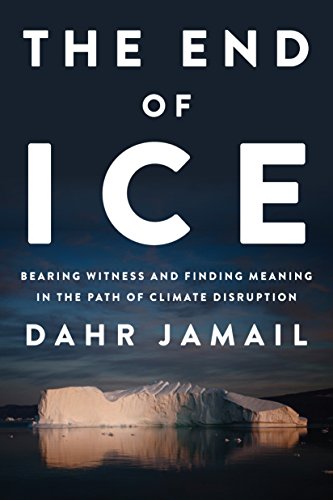 Janine Jackson: Antarctic glaciers are melting at dramatic rates, scientists are finding. Antarctica is of course a continent of ice, roughly twice the size of Australia. The retreat of its oceanfront glaciers raises serious concerns about the resulting rise in sea levels. The most severe projections of potential impact are almost impossible to grasp: billions of people displaced? coastal cities disappeared?

Yet the Washington Post was virtually alone among major outlets in reporting the latest findings. Corporate media have, in the main, stopped entertaining denial of human-driven climate disruption, but that’s a long, long way from the serious and sustained attention that would be appropriate to the myriad phenomena involved, and it’s categorically different than actually picking a side in the question of priority our guest’s work invokes: planet or profit?

Dahr Jamail is staff reporter at Truthout. He’s author of, most recently, The Will to Resist: Soldiers Who Refuse to Fight in Iraq and Afghanistan. His new book, The End of Ice: Bearing Witness and Finding Meaning in the Path of Climate Disruption, is forthcoming from New Press, and he is just lately recipient of the 2018 Izzy Award from the Park Center for Independent Media at Ithaca College, named for passionate, critical journalist I.F. Stone. He joins us now by phone from Port Townsend, Washington state. Welcome back to CounterSpin, Dahr Jamail.

Dahr Jamail: Thank you. Great to be with you.

JJ: There’s more than one piece of relevant work here, of course. What is the research that you’d like to spotlight, and can you tell us, in layperson’s terms, what this new research seems to show?

DJ: The most important study recently regarding the Antarctic and sea level rise was published in Science Advances on the 18th of this month, and the title of the study is “Freshening by Glacial Meltwater Enhances Melting of Ice Shelves and Reduces Formation of Antarctic Bottom Water.”

So what this essentially means is that even in the Eastern Antarctic, there are glaciers that are melting that are actually freshening the ocean around them. So the freshwater of the ice melts, flows into the oceans, and then that is, in turn, blocking a process: that normally cold, salty ocean water is dense and heavy and sinks down to the bottom, where it forms what is known as the densest water on earth, because it’s the coldest and the saltiest.

And so what’s happening is that bottom water is stopping being formed, because of the melting of these coastal glaciers in two places of Antarctica: off the Western Antarctic coast, as well as the Totten Glacier, which is in Eastern Antarctica. And so these are the two fastest-melting regions of the ice continent.

So what this is causing, according to this study, is the cold surface water is no longer making its way all the way down into the depths, so it’s not forming that deeper layer of water that can travel across areas where it normally would. And so what this essentially means is that these two regions of Antarctica’s glaciers are now in a feedback loop where they are melting, it’s causing this effect on the oceans, and then that’s causing even more melting.

And so this is worrisome for numerous reasons. One, that for a long time, scientists believed that Antarctica, being the ice continent, would either not be dramatically impacted by  human-caused climate disruption, or at least minimally. But now what this means is that at least 10 percent of Antarctica’s coastal glaciers are now in full retreat, and because of this feedback loop, that retreat’s only going to speed up, and ultimately this feedback loop will start happening on other glaciers in Antarctica as well.

And so for sea level rise, we already know that the Arctic sea ice is dramatically melting, which is going to only intensify the melt rate in the Arctic. Of course, Greenland, we know, is melting at record rates as well. And so now with Antarctica—save dramatic, dramatic changes in mitigation, in fossil fuel CO2 emissions across the planet, on a very, very abrupt timescale—right now, at current trajectories, we are on course, at a minimum, to hit the worst-case projections of sea level rise, which, according to the National Oceanic and Atmospheric Administration, is 8.5 feet by 2100. But these worst-case projections, unfortunately, keep being upgraded every time more and more reports, like the one we’re discussing today, are being released.

JJ: In terms of attention to what is obviously an almost staggeringly important development, the New York Times had a big three-part photo piece last May, with really spectacular images of Antarctica, and a kind of virtual reality thing. At one point the piece said, if the sea level rise turns out to be as rapid as the worst-case projections, it could lead to “a catastrophe without parallel in the history of civilization.”

And then, since then, and that’s May of 2017, well, the Times hasn’t really gone back to the story. Their recent Antarctica stories have been about penguins, you know. I just don’t know that the attention is commensurate, and there’s all kinds of reasons for that, and I’m going to ask you, but I just want to throw in: There’s amount of coverage, and then I want to say a little thing about the tone of coverage, because within that same New York Times piece, in the Part One of it (it was three parts), it noted that US and British scientists were working to get better measurements in the main trouble spots, and then it added, “The effort could cost more than $25 million, and might not produce clearer answers about the fate of the ice until the early 2020s.” And the next sentence is, “For scientists working in Antarctica, the situation has become a race against time.”

Well, surely part of the reason we aren’t running as fast as we might is the amount of coverage, or lack of it, and then this tone that, “Oh, it’s expensive.” I just wonder what you make in general, on this issue in particular, of the way media are covering it. 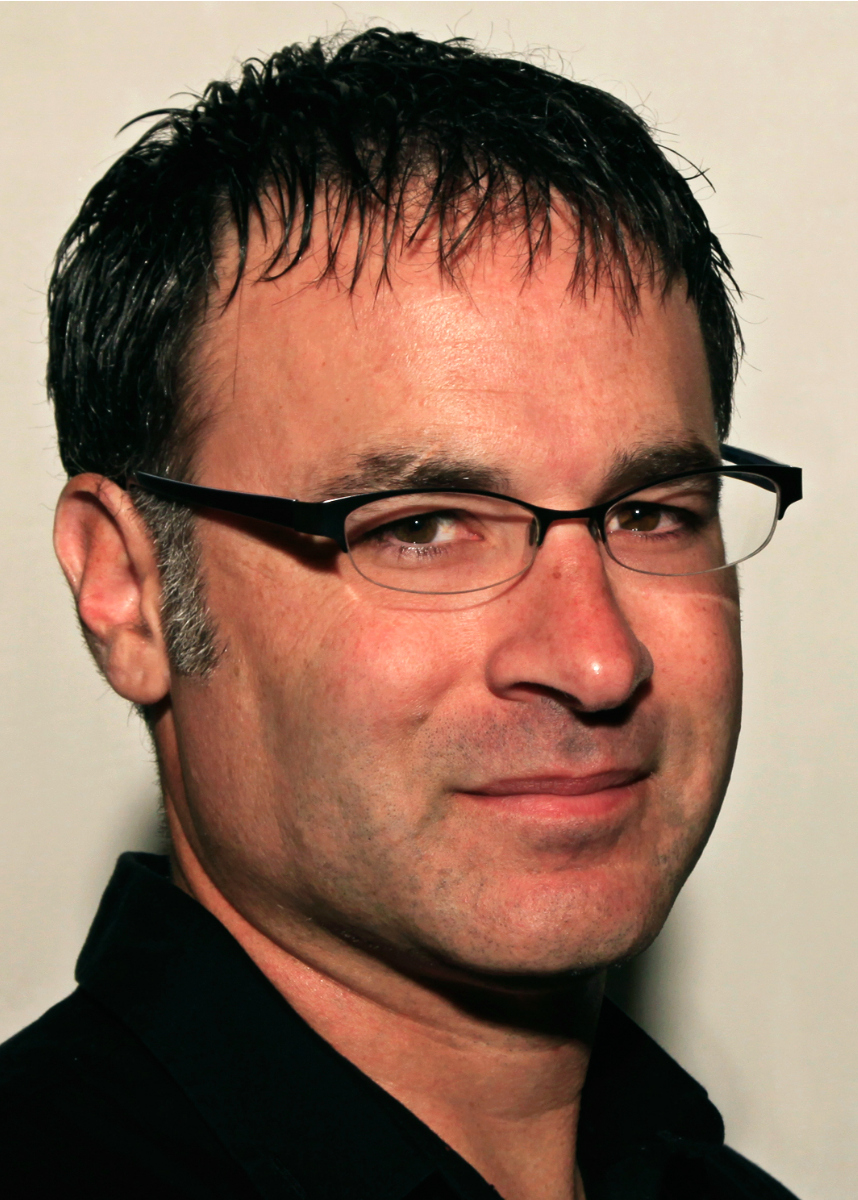 Dahr Jamail: “Pretending, ‘Oh, it’s not that bad,’ or ‘We’re still going to be able to mitigate it to the point where we’re not going to have to relocate much of New York City,’ for example, it’s just not honest coverage.”

DJ: It is really shocking to me, and I think you really hit the nail on the head when you discussed the fact of the gravity of this crisis and the implications of this on the entirety of human civilization on the planet, not even to talk about other species. And one would think that that would demand a level of coverage that would be path-breaking, urgent and backed up by citing all of the scientific data that’s being released at a fairly rapid pace right now, whether it’s sea level rise, temperature-increase projections, what’s happening to methane in the arctic, etc., etc.

For example, I would add another quote by Dr. Eric Rignot, a glaciologist with UC Irvine and NASA’s Jet Propulsion Lab, back in 2014, who said, “Today we present observational evidence”—we’re not talking about projections—“observational evidence that a large sector of the West Antarctic Ice Sheet has gone into irreversible retreat…. It has passed the point of no return.” That was four years ago.

So the urgency is clear. Sea level-rise projections are being increased dramatically. We are talking, in the longer run, billions of people being displaced by sea level rise. Entire megacities on the coast, like New York and Tokyo, that are going to have to be relocated entirely, or completely abandoned to the sea.

And so with that being the context, the reportage of, “Oh, OK, well at least we’re not giving the denialists coverage….”  We need to be reporting on specifically what is happening, what the projections are, and what this means, because pretending, “Oh, it’s not that bad,” or “We’re still going to be able to mitigate it to the point where we’re not going to have to relocate much of New York City,” for example, it’s just not honest coverage.

JJ: And the idea it could cost more than $25 million—this particular project: $25 million is a pittance! They could have easily said it would cost “as little as $25 million.” The idea that we should be thinking in terms of millions of dollars and what that might cost, rather than putting it in a context of what we stand to lose…

DJ: Or put it in the context of $25 million for more studies, compared to the Pentagon budget, which is roughly between $700 and $800 billion that we know of, not even talking about the black budget, which puts it up at well over a trillion dollars annually. And so if we need $25 million or $50 million or, you know, heaven forbid, a billion dollars for some more scientific studies, not even talking about mitigation and starting a planned relocation of people and transfer of infrastructure, that that conversation is not happening is just mind-boggling to me.

Because the reality is, for example, the US military, in their Quadrennial Defense Review Report, they are already acutely aware of this. They know that at least half of their naval bases, their bigger naval bases in the US on the coast, have to be relocated. They’re watching the water come up to the docks and start to inundate infrastructure. So they’re acutely aware of this, and yet the coverage, as you just cited, in the New York Times is not even coming close to keeping up with that.

JJ: We’ve been speaking with Dahr Jamail. You can follow his Climate Disruption Dispatches at Truthout.org, and his book, The End of Ice: Bearing Witness and Finding Meaning in the Path of Climate Disruption, will be out soon from the New Press. Dahr Jamail, thank you so much for joining us this week on CounterSpin.

DJ: My pleasure. Great to be with you.