A survivor of the Grenfell Tower inferno that killed at least 80 last June has spoken to RT about the injustice of having to bid against fellow survivors for somewhere to live, complaining that she’s been left living in “uncertainty” by the authorities.

Kerry Ohara, who lived on the sixth floor of the 24-storey block in North Kensington, expressed her horror at having to compete against her former neighbours, and told RT: “We have to bid for our properties… I don’t really understand bidding, to be honest, that was not what was supposed to happen.”

Ohara is one among the hundreds of Grenfell residents who are yet to be permanently rehoused after fire ravaged the building they called home on June 14, reducing their homes to mere cinders.

Prime Minister Theresa May has promised that all residents would be rehoused within a month, but it is now almost three months since the blaze, and the majority of the 129 Grenfell households are yet to be given a temporary, much less permanent, home.

She then hit out at authorities for leaving residents in a state of limbo, and not offering answers about what is going to happen to them in the near future.

Claiming “more support” is needed from the Royal Borough of Kensington and Chelsea, Ohara said: “It would be better if we knew where we were, or what’s happening, because right now I don’t know what’s happening or where I am going to go.

“I have an idea, but it’s not definite, and it is the uncertainty of not knowing that plays on your mind”, Ohara remarked.

Her comments come amid reports that more than 1,500 properties in the borough have been left empty by foreign oligarchs and wealthy businessmen.

Some social housing tower blocks in Kensington and Chelsea are standing empty because they have been earmarked for demolition to give space to higher-end properties in one of London’s wealthiest areas. 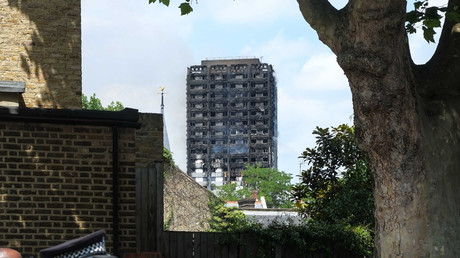 “It’s really bad, why are all these properties empty? They could do them up and give them to Grenfell residents,” Ohara said.

“Why are they standing empty when they could be housing people that really need them?”

Some residents have rejected housing offers because they are being asked to either move outside the area or to a high-rise building, identical to Grenfell Tower.

Anthony Barrett, who works closely with the Justice4Grenfell campaign group, hit out at the council’s treatment of residents in the aftermath of the fire, and said:

“To me, when Theresa May said that everyone would be rehoused within three weeks, why she said that I don’t know because now, three months on, people have still not been put in the house they are meant to be in.

He played down the offer for residents to be rehoused in tower blocks, and said: “For someone who has just come out of a high-rise building that’s just been obliterated by a fire, to even just look at an [tower block] entrance brings back nightmares”.

He then claimed there are properties in the area where people could be rehoused, but authorities are just “not willing” to provide social tenants the space, as “they don’t want them here”.

Anthony went on to accuse the council of using the Grenfell tragedy to carry out what he called “social cleansing” and shove tenants from lower-class backgrounds out of the area.

“But how would they displace the people; where did they put them; how did they get them out? Did it a take a tragedy like this in order to get the ball rolling?”

He said the council must make sure that Grenfell residents are “looked after”, and that it is “only right” that any property rebuilt goes to them.

“Because of the mistakes being made from our government, from the TML, the police and fire brigade on that night, it’s only right that they are put back where they belong.”

Referring to the public inquiry which will be held to investigate the causes and response to the Grenfell fire, Ohara said: “I hope that whoever is responsible goes to prison, because I don’t think we can move on with our lives in the community until justice is brought to whoever is responsible.”