Is waterboarding torture? The CIA ex-chief, in an interview with Al Jazeera, believes it depends on who uses it. Should Syria’s Assad administer it – then it’s torture. If the CIA uses it on terror suspects possessing “lifesaving” data – it’s not.

The waterboarding interrogation technique, which consists of a series of “near drownings” that left terror suspects “completely unresponsive” was not  torture, former CIA Director Michael Hayden told Al Jazeera’s Mehdi Hasan in a recent interview. He cited the conclusion of three attorneys general.

Hayden said, though, that the “current president of the United States” believes waterboarding is torture.

As for himself, Hayden said he “has not been forced to take this decision.”

“What I have done is reflect the legal opinion that was extant at the time these decisions were made,” the former CIA head said, noting he has been asked about his opinion on torture countless times. 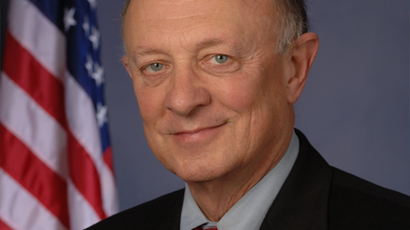 Pressed by the interviewer, Michael Hayden said that should, for instance, President Bashar Assad use waterboarding on Syrian rebels, it would be a “completely different” story, since the CIA did waterboarding with medical personnel present and counted the “pours sessions.”

The American nation felt itself “under very serious threat” when CIA agents were prying vital information out of three prisoners, he insisted.

“I’m not saying it’s torture. You’re not going to get me to say it’s torture,” Hayden concluded.

An executive summary of a 6,700-page US Senate Intelligence report on CIA interrogation techniques under the George W. Bush administration made public last year exposed brutality the US authorities were probably unaware of, sparking outrage in the US and around the world.

US federal judges are now in the process of making a decision on whether to declassify the report in full, which would reveal whether the CIA abused its authority while interrogating suspects.