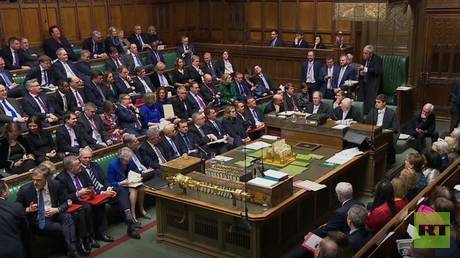 Opening a debate on a no-confidence motion due to be held in the British parliament on Wednesday, Labour leader Jeremy Corbyn said Prime Minister Theresa is running a “zombie government.”

Corbyn tabled the no-confidence motion on Tuesday evening following a massive defeat for May after her Brexit deal​, painstakingly negotiated with Brussels, was voted down in the House of Commons by a huge margin of more than 200 votes.

Corbyn said May had wasted two years with her “doomed strategy” and that any prime minister who loses such an important vote should step down.