Thousands flood through the doors of British museums year after year to marvel at classic art – but instead of seeing works for their beauty and skill, one tour is determined to reveal the ugly truth behind museum portraits.

Unaffiliated with the museums in which she hosts the guided tours, Masters of the Arts student Alice Procter is hosting walks through London museums to “interrogate” the history of the artwork on display. 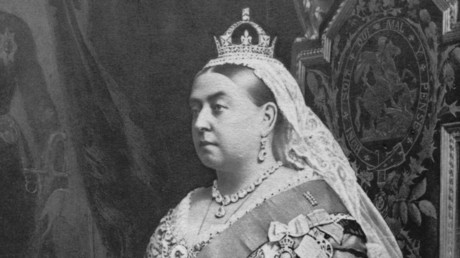 The 23-year-old, whose tours have been slammed by Tory MP and historian Kwasi Kwarteng as “babyish and silly”, is ruffling feathers by asking some ‘uncomfortable’ questions such as: ‘Was Hogarth a racist?’ and ‘Were Queen Elizabeth I and Henry Tate a pair of slave traders?’.

In her Uncomfortable Art Tours, Australian-born Procter is tracing the origins of art history – specifically looking at colonization. History still plays a major role in shaping the modern British identity, with her tours acting as a protest statement against “museums hiding their imperial past”.

One by one, Procter attempts to expose the history behind the UK’s most famous museum’s way of displaying objects. Ranging from issues like language of euphemisms used for panel descriptions on pieces to questions of “whose stories deserve to be told and whose faces seen”. Her tour pours scorn on – what she views to be – the imperialist narrative offered by Tate Britain.

By initiating conversations with her audience, the 23-year-old is trying to confront the accepted historical narrative told by museums. “I’m Australian and I grew up understanding there is a multiplicity to historical narratives. So I was aware that history is always just storytelling,” Procter told the Guardian.

According to the 23-year-old, it is not just the narrative about who owned it in the distant past; it is the daily “choices” made by curators and museum staff that reveal the darker side of the institution’s politics.

She admits that, thanks to her family, she “feels fairly confident in spaces like [Tate Britain]” because “she knows that’s just what the building is. A building.” Procter adds that “being physically in the gallery” initiates “the debate about these choices in relation to notions of Britishness and nationhood.”

The tours are held across London at the V&A, the National Portrait Gallery, and the Tate Britain – a gallery founded by the Tate family; a household with ties to the colonial slave trade.

“Short of actually repatriating these objects – which I believe museums should do – they must at least be open about their histories,” Procter argues.

To further highlight the irony of UK galleries and museums displaying looted artifacts – like the Elgin marbles – Procter continues to highlight the issue with colonialism in the UK art scene: by handing out badges to her visitors emblazoned with the slogan “display it like you stole it”.

The National Gallery have denied any ties to Procter and her Uncomfortable Art Tours. “These tours are not organised by, or with, the input of the National Gallery and nor do we endorse them,” a representative said. The British Museum said that Procter’s tours “are run externally and do not form part of the British Museum’s public programme offer”.

The Tate told the Daily Mail that it recently held an exhibition about art and the British empire. The V&A said the museum’s “mission” is to “encourage contemporary debate” on historic collections.

RT approached Procter across multiple platforms, but she failed to respond to requests for comment.