Either the War on Terror has been won and it’s time to go after Russia, or there’s a new wave of terrorists on their way to Europe. The Telegraph was a confusing read for those who picked up today’s edition.

The British newspaper covered all its bases, by running stories declaring on the one hand “We’ve won the War on Terror,” while on the other, that Europe is under threat from Islamic State (IS, formerly ISIS/ISIL) terrorists. 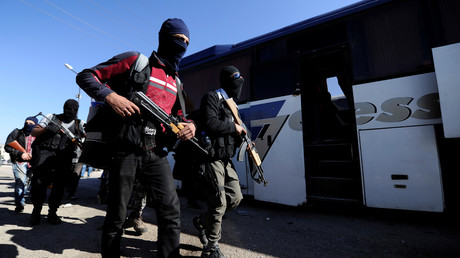 Telegraph readers face a choice about which story they are ready to put most trust in. The warning of a terror threat to Europe posed by returning jihadis comes from the head of Interpol Jurgen Stock. He says there’s a risk of jihadists returning from the Middle East to cause chaos in what he’s calling “ISIL 2.0.”

Meanwhile, the controversial Telegraph columnist Con Coughlin is the one declaring a victory in the War on Terror. Coughlin was recently accused by fellow journalist Owen Jones of regurgitating false stories fed to him by MI6, and recreating pro-Saudi propaganda, among other things.

Coughlin believes the war on Islamic terrorism is over and already has his eye on the next conflict. The print version of Coughlin’s column carried the headline “The War on Terror is won, now let’s tackle Putin.”

With Coughlin accused of having links to the security services and pushing for and supporting the 2003 war in Iraq even after it became clear it was a misadventure of historic proportions, critics will wonder why he is so ready to start pushing for conflict with Moscow.