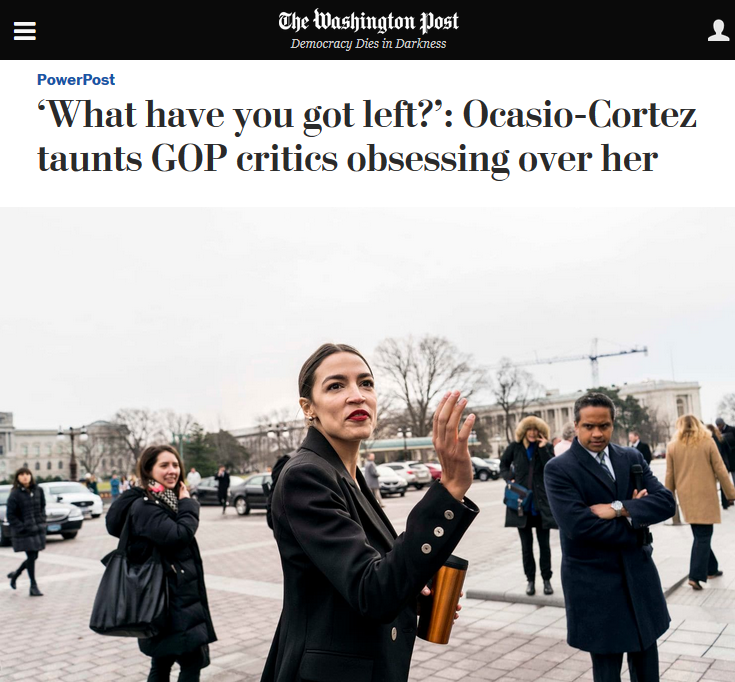 The Washington Post (1/16/19) cited Scott Walker suggesting that Alexandria Ocasio-Cortez had “an elementary-school understanding” of taxes–without noting that his comment indicated that he didn’t understand what marginal tax rates are.

The Washington Post (1/16/19) had an article about how Republicans and right-wingers have become obsessed with trying to attack Alexandria Ocasio-Cortez, the newly elected representative from New York. At one point, it refers to former Wisconsin Gov. Scott Walker’s attack on Ocasio-Cortez’s position advocating a high marginal tax rate on high-income individuals:

Former Wisconsin Gov. Scott Walker, a Republican who was defeated in November, on Tuesday mocked Ocasio-Cortez for her tax proposal and suggested it was an elementary-school understanding of the issue. “Even fifth graders get it,” he tweeted.

While the piece noted part of Ocasio-Cortez’s response, that rich people are the ones with the money, it left out the more important part: Walker misled the fifth graders he refers to in his tweet. In his tweet, Walker confuses a marginal tax rate with an average tax rate

Explaining tax rates before Reagan to fifth graders: “Imagine if you did chores for your grandma and she gave you $10. When you got home, your parents took $7 from you.” The students said: “That’s not fair!” Even fifth graders get it.

Ocasio-Cortez correctly pointed out in her reply that the $10 the students earned for doing chores for their grandma would not be taxed, because the 70 percent tax rate she proposes would only apply to incomes above $10 million:

Then we taxed the billionaire in town because he’s making tons of money underpaying the townspeople.

Ocasio-Cortez is right on this point and Walker is wrong. He either does not understand how our income tax system works, or is deliberately lying to advance his agenda. Either way, the Post should have pointed out that Walker was wrong.

Many people are confused about the concept of a marginal tax rate. (The higher tax rate only applies to the income above a cutoff.) Opponents of high marginal taxes on the rich try to take advantage of this confusion in the way Scott Walker did with his class of fifth graders. It is the media’s responsibility to try to inform people about how the tax system works and to expose politicians who misrepresent the issue.

A version of this post originally appeared on CEPR’s blog Beat the Press (1/16/19).